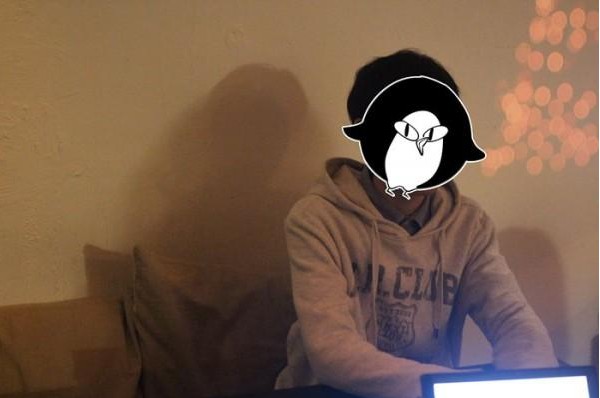 Hwan Daeng Writer
1. Self Introduction
Q. Introduce simply yourself.
A. My name is Hwan Daeng, a new writer who made a formal debut with a work called 'Old Young' at Lezhin Comics in September this year.
How did you become a Webtoon writer?
Q. How was your growth process (childhood/ adolescence)?
A. I started drawing when I was in elementary school, and it was only when I was in middle school that I tried to study drawing properly. At that time, there was nothing special about me.
Q. Why did you decide to become a comic book writer?
A. There was no particular reason that made me decide to draw. If I think about it, I was caught by my father when I drew a common jola man cartoon in elementary school. At that time, I thought I would be scolded by my father. However, My father said that it could be better if I drew a picture bigger. After hearing this unexpected father's response, I thought I should continue drawing.  It was a very small incident, but it became a chance to think that I would like to live doing what I wanted to do. I didn't necessarily think I had to draw a cartoon, I just thought it could be done.
Q. How did you become a writer?
A. I have been serializing my cartoons on the Internet. Luckily, a Lezhin Comics PD came to see me and offered me to be a writer. So I became a writer. I was really lucky. More details will be answered in later questions!
Q. Your pen name Hwan Daeng is a slightly unusual name. What does it mean?
A. It combines the last letter of my name "Hwan" and "Daeng" which sounds good to me. And It seemed to be funny. So I used it. It doesn't mean anything. Ha ha.
Q. How long does it take for you to complete one of the comics?
A. Every Friday is the deadline.  I don’t work on weekends, so I work hard from Monday to Friday. I started with 3 saves at the start. And I keep maintaining those three. I work really hard to get one done in a week to rest on weekends. ^^
I would like to ask a question about the work in earnest. 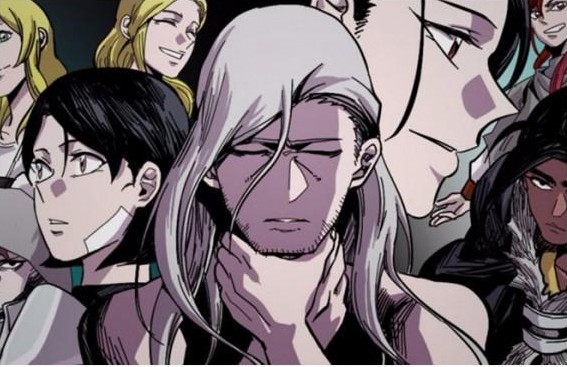 2. About the work
Q. The title of the work is unusual. How did you name it?
A. There is an interesting story related to it. I used this name without thinking at first. I started this work without thinking it seriously. However, since the work includes a child and an old man, I decided to make it 'Old Young'. But I recently found something interesting in this regard. Do you know Gilgamesh? It is said that Gilgamesh actually means old young. This is a compound word of Gilga (old) and mesh (young). It is said that it means a person who has experienced both life and death. A few days before the series, I was thinking of the English address in the address bar. Then I found out it by searching. I thought it fits well with the work and it was very funny.
Q. The concept is a fantasy work about the encounter between an immortal old man who wants to die and a young man who wants to live, and the conflict between the two.  Where did you get the hint about the dynamic relationship of these characters?
A. An old man who wants to die and a young man who wants to live. The reason I came to think about these two paradoxical and opposing relations was actually after watching the movie ‘Leon’. In the movie "Leon" there was a child who smoked (Matilda) and an adult who was a killer (Leon) drinking milk. The paradoxical meanings impressed me. So I started there. 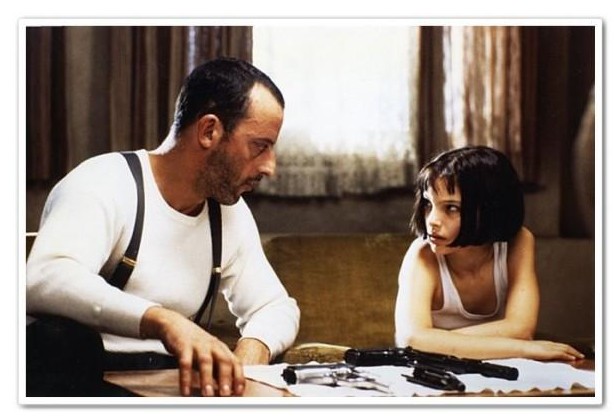 Q. Have you ever read anything related to you on Namu.wiki?
Hwang Daeng: the writer of Old Young. Not only were his comics fun, but he also impressed readers with his advanced qualities. His work is said to be now sold to Lezhin Comics. From September, 'Old Young' began to be serialized in Lezhin.
- In Namu.wiki -
A. Oh, do you mean this? I read it too. ^^ Thank you for the person who wrote it. I think it's fun to have someone write something for me.
Q. I know that your works were published serially in the Cartoon Serialization Gallery, and then, by the Lezhin's suggestion, your works have been published serially in Lezhin since September 2015. Could you tell me more about this?
A. In fact, I was thinking of serializing my works in Japan. There was also the person in charge, in a publisher called Gangdamsa. In March of this year, I went to Japan and met him. After I came back from Japan, in April I suddenly thought that I would like to draw a comic strip a day and upload it on the Internet. By December 2014, I really enjoyed seeing RPG game cartoons (now role-playing game cartoons) uploaded there every day, and I thought it was interesting that they were serialized every day. I also wanted to do the same thing. So I thought that the work to be sent to Japan should be drawn after completing it one day at a time. . 'Old Young' was the work I started extemporaneously so. So it started and I had to think of the next one on the next day after uploading one. I drew a cartoon one day so. But if I rested a day without drawing, the readers seemed disappointed. So I wrote this work for four weeks without stopping. I posted this work not only on the Cartoon Serialization Gallery but also on a site called Ruliweb. My work had been serialized for about four weeks, and in the meantime PD saw my work and he offered me. In fact, the offer was from Ruliweb. Ha ha.
Q. This is a typical fantasy story with knights and dragons, magic and curses, and immortality.  What do you think is the genre of your work
A. Maybe it’s a fantasy. It's definitely a fantasy. It is additionally an action. Old Young is the work that first opens the door of a world that I imagine. I want to continue drawing the world I imagine, I want to complete a fantasy world where all my works are connected to each other.
Q. Trudia is terribly weak. Nevertheless, she is cursed. When will the full story related to the curse come out?
A. The story of the curse is likely to be portrayed from middle to the second half story. The start seems to begin from the comic strip (23rd) where I am now drawing. 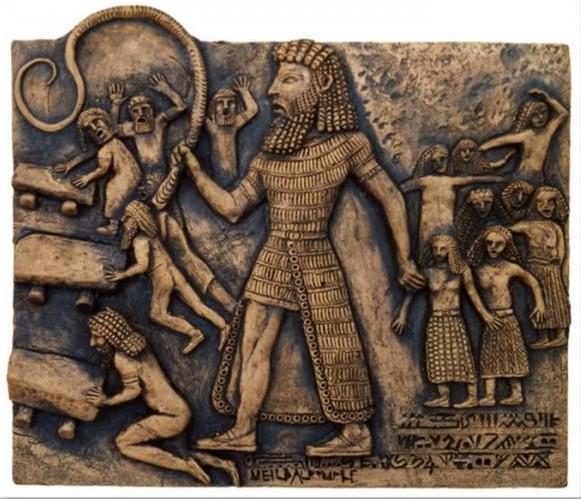 Q. Throughout the work, blood is expressed in black. Is there any other reason for this?
A. There was also a problem with color. I was worried about what color to use. There is no useless reason why I should use different colors for different characters. The second big reason was that it wasn't too irritating and more people could see the work without repulsion. The biggest reason is that I have drawn black and white cartoons. I'm used to it. Ha ha. 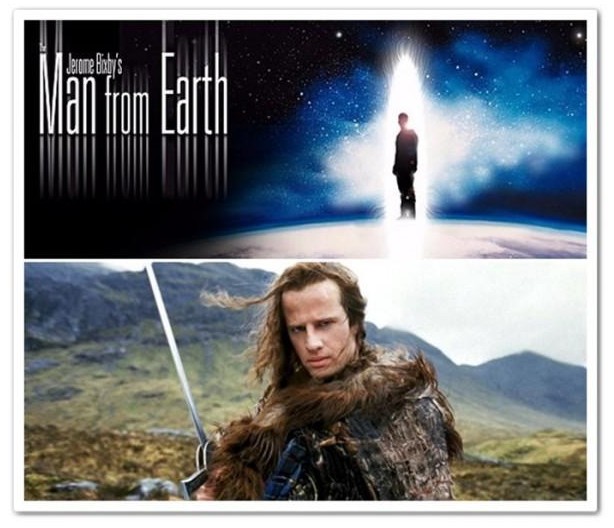 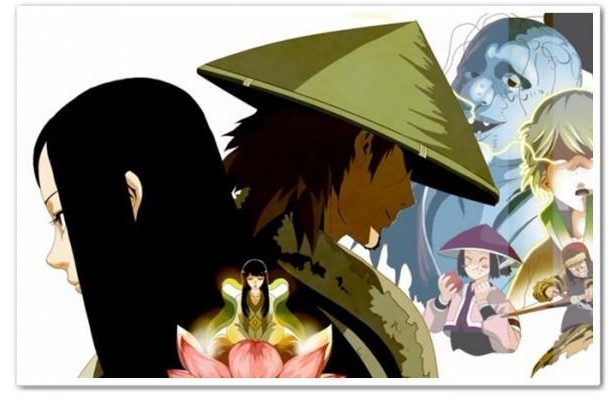 What I felt in my interview with writer Hwang Daeng of