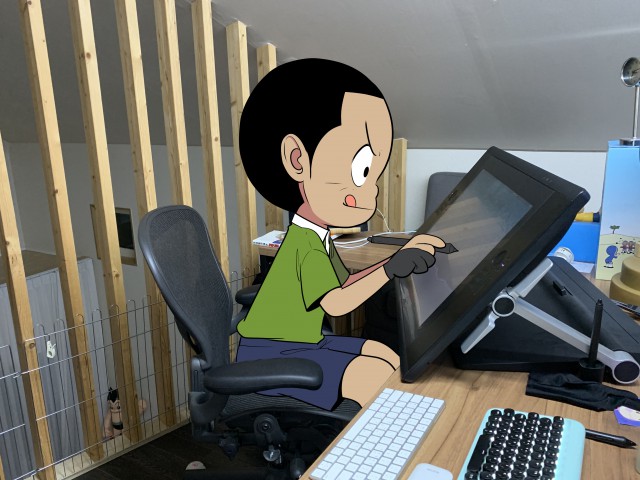 Q. How do you feel to find 'Yumi's Cells' still being loved, remaining in the high ranks of webtoons even after it went on a hiatus?

It always feels good to be loved. It would be great if I could just enjoy this feeling of happiness, but I tend to worry a lot. I sense the burden that I should do better.

Q. After reading 'Yumi's Cells', I often imagine what my cells would do when I make certain actions. Do you also think of similar images and which cell appears most often in them?

That kind of thoughts always entered my mind. It feels like someone in my head is talking to me. For me in particular, 'the whimsical cell' that makes different decisions than usual acts a lot in my head, knocking over ideas that I have been planning for a long time, such as the scripts for my webtoon. However, the results were pretty good, so I just leave it be.

Q. Do you enjoy being on SNS since you made sensations after using Instagram in an exquisite manner?

I don't really prefer SNS. To be precise, I don't enjoy it at all. In the case of the Instagram channel for ‘Yumi’s Cells', it was originally made by a fan using Yumi's Instagram account that appeared on the webtoon. However, I am now running it after I took it from the fan. I wanted to utilize the channel to upload behind stories and trailers, but it was truly amazing that everyone liked it more than I thought.

Q. Do you have any other webtoons or works that you are currently reading? Which one impressed you the most recently?

For a comic book, I found 'No Longer Human' by the artist Ito Junji to be very interesting and for a webtoon, 'Peeps Preschool' that was finished recently was entertaining.

Q. Who is the character that is most similar to you so that you can easily sympathize within your webtoon?

Goo Woong. He gets ticked off easily, often says something random, and he is also indecisive. 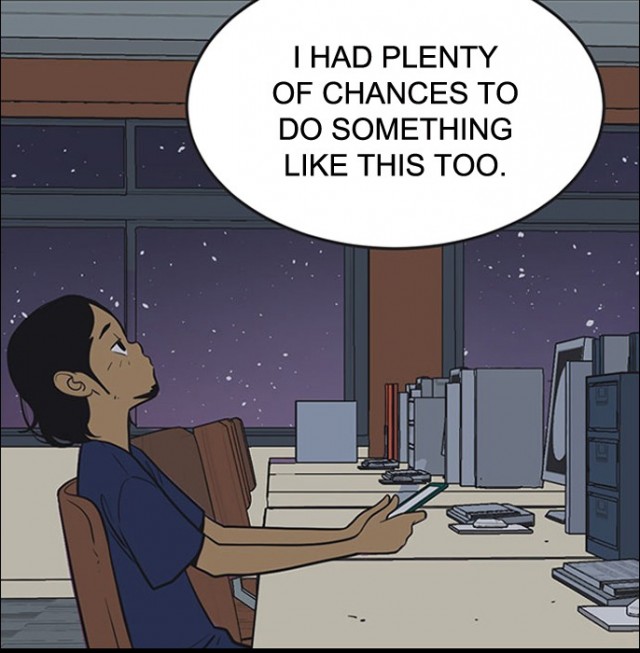 Q. 'Yumi's Cells' was constantly being talked about due to it's dialogues that resonated with my works. I suppose it's because Yumi's understanding of life aroused a lot of sympathies from the people. I wonder if the dialogues had actually come from your own experience. What were your intentions behind putting in such dialogues in the webtoon?

They were the lines to express changes in the characters' minds, but as many people have appreciated such lines and I was also very proud.

When I was producing the episodes, I made those lines in a hurry due to the deadline. But looking back on them later on, it seems to me that the lines themselves have cheered me up in the times of stress.

Q. I was so nervous when the editor-in-chief character appeared because of the cases with Woong. What would happen to the romantic relationship between Babi and Yumi?

I don't really know what will happen to them either. But, how boring would the story be if it proceeds under the premise that those two wouldn't break up? I am progressing the story just like when I am actually in a love relationship. If things go wrong, we break up.

Q. There were readers saying it was great that Yumi and Babi's romantic relationship did not end with an ordinary ending where the main character proposes. Was it your original intention to not finish the story with a proposal which is often represented as the final outcome of a romantic relationship?

Since a proposal would not necessarily demonstrate Yumi's growth, I would have ended the story in a different way if it was really the last episode.

Q. In what direction do you plan to shift your work afterward?

I am going to progress the story in a manner that makes the readers realize the artists don't just relax when they are on a hiatus. (... says the talkative cell)

I would like to continue running it if I can find something that can lead it to a long-term serialization during this hiatus. I keep getting the feeling that though I might have good materials, I often fail in emphasizing them.

Q. 'What do you consider to be the differentiating factors of your works such as 'A Bittersweet Life' and 'Yumi's Cells' compared to other webtoons?

I don't particularly recognize that there is any differentiating factor in my works. It would be great if I had some kind of quality that other people did not have.

Q. What do you mainly focus on when drawing cartoons?

Q. What do you do to make a story that is as easy and thoughtful as ' Yumi's Cells'?

I don't participate in any outside activities, but I watch a lot of movies and read many comics at home. And when I listen to music, I always read the lyrics thoroughly. Even if it is a song written in a foreign language, I try to look for an interpretation of the lyrics. As this is like a kind of hobby for me, I don't do this for work. But I think it is fortunate that such activity actually helps me with my creativity.

Q. Do you have any plans for your next webtoon?

There is a new webtoon that I have been preparing. If I get a chance, I would want to run the new series alongside 'Yumi's Cells'. However, I guess it won't that easy, right? 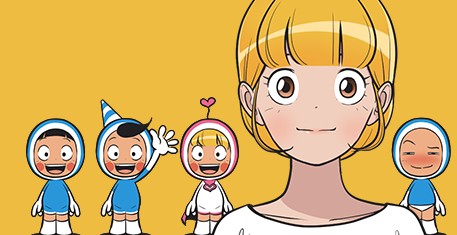 [For Readers Preparing for Their Twenties]

Q. I believe there would be a lot of readers who would soon become juniors in the society after finishing their SAT exams. Would there be an episode or dialogues that you could suggest for those who would have to face various experiences like Yumi?

There is an episode called 'Hidden Card' in chapter 155. In that episode, Yumi says in her mind that there is nothing a girl can do other than losing to her boyfriend if she doesn't have the determination to break up after all. And then, Yumi finally realizes that because you take steps only after setting up the conclusions first, your range of words and actions that you can possibly choose from are already limited. This episode was based on my personal experience, and it was inspired by one of friends, not a lover. Of course, I believe it applies to all other situations. If you set your own conclusions or limitations in advance, the choices you can make is are limited to those that repeat the decisions which you already made yesterday.

Q. Please advise one thing that the readers never should do in their twenties.

Going to the bed without taking a shower.

Q. I will become a cartoonist even if I am born again.

Y. I think it is actually a good job after I have tried it. For reference, I am a homebody.

Q. My webtoon is the most interesting webtoon.

N. Would my webtoon be fun when I make them by squeezing my head and trying so hard all day?

Q. I am sweeter than Babi.

N. I am a person who is very far from being sweet. I am closer to Goo Woong. I get ticked off very easily.

Q. I have my own way to relieve stress.

Q. I feel burdened to draw a new webtoon.

N. I am not even confident in it.

Q. I am willing to return sooner than I have promised.

N. You wouldn't start going to a school if the holiday is not over yet.