[Consumer and So Capable Girl]

Q. Hello, Writer! Please introduce yourself to me simply!

Q. I wonder why you get an experience in a 'cartoon' at first.

A. Actually, I majored in animation when I was in high school and then    I changed my career path into visual design in university and drew    the cartoon as my hobby. In doing only coterie activities, I briefly posted

Q. Can you tell me your work schedules? 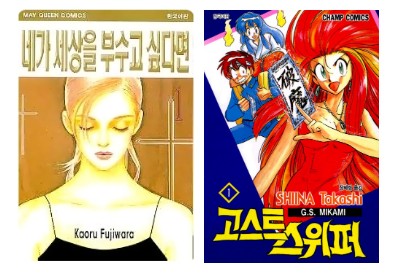 Q. Do you often see webtoons? Can you recommend webtoons?

folk religion so interestingly. These days, I'm so busy in working that I can't

often see webtoons. But, I binge-watch them during rest days.

3. Consumer and So Capable Girl! 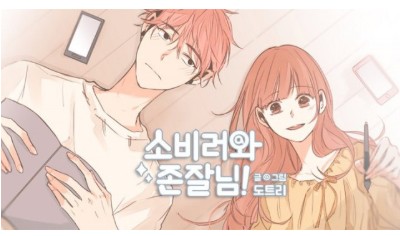 A. There are few couples that only one side love other side actively in reality. I think that if personal relationships are biased towards only one side apart from couples, personal relationships can't last so long. I wanted to express couples who wondered about and talked to each other and who learned  each other's good things and changed themselves.

A. I start making the simple comic book with a mind, 'I hope there will be various kinds of couples' dating on Twitter as I tweet something on Twitter, I have ever pondered over the fact that someone can't relate to it while it is published serially… If I change Twitter into other SNSs such as Facebook and Instagram, the comic book itself can't be made. So, I consider this and write

Q. Which comic book makes Joo in and Jung wu meet? (It may be a shame if it is a virtual comic book. It's sad.)

A. I'm sorry, but this is the virtual comic book. Haha. There are many fanboys   and fangirls who really like comic books on NL/BL/GL and they don't like  only comic books. I didn't specifically express how excessively they like   comic books and how they meet each other. I think you had better imagine it freely.

Q. What is the reason why the name is 'Joo in'? You aim at being called 'Sir Joo in'!

A. Actually, I was watching a SF movie when I decided character's name. The  word 'astronaut' came out in it. Without any worry, I thought the Yu family  would be much more than the Wu family... So, I decided to choose 'Yu Joo in' as the character name. But, readers said, “Joo in? and does it mean SirJoo in?” and I smacked my knees. I never aimed at being called Sir Joo in, but readers thought I aimed at being called Sir Joo in.

Q. Please tell me the concept of Hana, a character.

A. I want to make the girl character with high self-esteem who clearly  expresses her own opinions. Joo in, the female main character expresses herself well. But, she has personality not to tell others words that they don't like. So, I make Hana as the role of the best friend, which means the  position to appear frequently. Hana makes Joo in say something like 'I'm  pretty and great' under her breath. (Laugh) 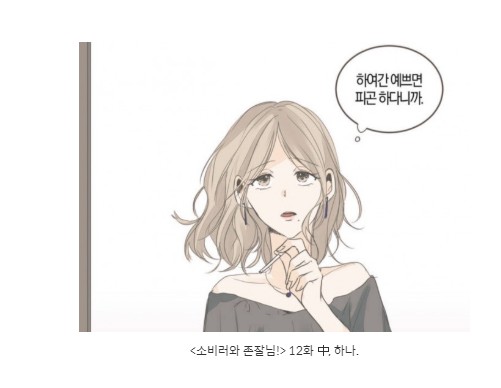 Q. I see super realistic concepts such as off gatherings and comic activities  and design works and so on. Do your own experiences permeate them?

Q. Please tell me any character that you feel the most affection for  or that appears to resemble you!

A. The most affectionate character is Su-bin. Su-bin talks gruffly, but she is  aware of her surroundings quickly and takes care of her friends well.

Q. Can you tell me how stories of

A. The main story is secret. (Laught) Main character's friends are 26 years old. Because they are 26 years old, some friends get their jobs early. I think they   worry about what they do in the future and are full of many thoughts at the age of 26. To like comic books excessively is fun, but It's just a hobby and a part of daily life. So, they will be growing more and more as they date with   someone they are into and know new people.

Q. Lastly, please give some dvice to people who dream webtoon writers!

A. I think what communicates with other people steadily is a good thing. while  I'm talking to other people, you can come up with the fun material and  communication makes you think about which story I make in the future and how I make readers relate to my comic books.