You can’t leave out 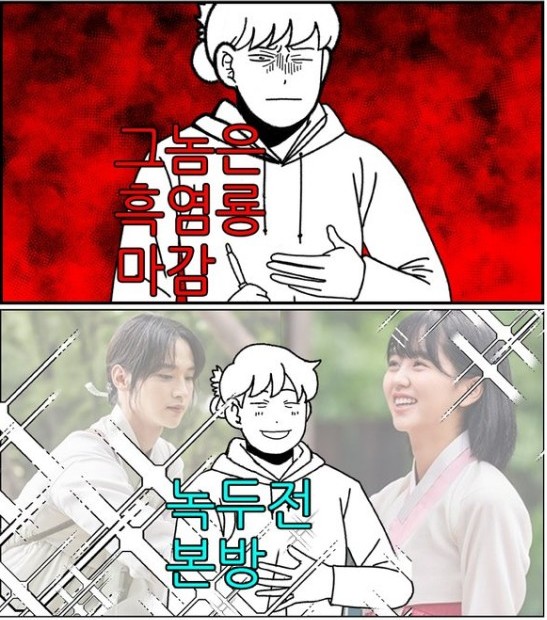 ▲ An image from the author’s Instagram. Watch the show live for peace of mind!

I brought in author Hyejinyang, who made a comeback with

Hello, I am Hyejinyang, a cartoonist who debuted with

Q: You’ve been a webtoon author for a while. What made your debut as a writer?

Winning a domestic competition gave me the opportunity to serialize the LINE webtoon,

Q: How did you get the pen name Hyejinyang?

Hyejinyang is the pen name I’ve used since my debut. Having a pen name like Hyejinyang past the age of 30 gets embarrassing at times because it doesn’t feel right at my age.

I thought about changing it, but I decided to keep the pen name of Hyejinyang until the end because I want to become a cartoonist who doesn’t lose sight of her original intentions.

These days, my dream is to continue drawing as ‘author Hyejinyang’ even at an old age. I think it would fun for both my readers and I if I still drew under the pen name Hyejinyang past 60-70.

Q: Which of your works were the most memorable and why?

I’m not sure as to which would be the most memorable. They’re all like my painful, adorable children ^^

Q: The past life series along with Nokdujeon are famous for their good story and composition. How do you come up with ideas when working on something?

First, I find some interesting material, come up with the most impactful scenes and put the story together from there.

After organizing these scenes in my head, I put the narrative between them to create the story.

So, after I build the framework from beginning to end in this way, I add in the details. This way, I can prevent things like having to remove subplots or the story getting derailed.

Q: You’re known to leave your impressions after each episode of

I don’t watch dramas very often. I usually get obsessed with one drama and watch it over and over again.

I often turn on my favorite dramas while writing. I usually watch them at least 20 to 30 times. 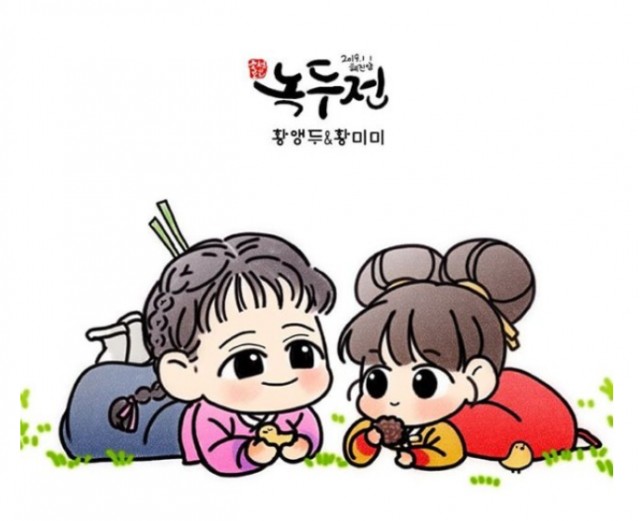 Q: How did you first come up with the idea for

In 2013, the Korea Institute for the Promotion of National Studies created a free hands-on program where cartoonists could learn about traditional culture and documents in Andong to use as scenario materials.

When I heard that Prince Gwanghae had a hidden son, I thought ‘this is it!’, and started planning

When setting up the hypothesis that the material,

Considering the times and the social atmosphere, changing genders would be the best way to hide without getting caught. For reference I also used historical records that show that Prince Imhae (elder brother of Prince Gwanghae), the eldest of King Sunjo, cross dressed to evade capture.

I thought it would be fun if there was a large courtesan’s house in the widow’s village. Then I thought that it a love story between the runaway sun of Gwanghae and a courtesan would be fun! That was the beginning of the webtoon Nokdujeon.

Q: The main characters of Nokdujeon are named after food. The reason Nokdujeon and Hwangtae were used as names (aliases) is revealed in the behind story. Why did you name your characters after food?

I tend to name my characters hoping readers who enjoy my work will remember the character’s names well after they finish reading. 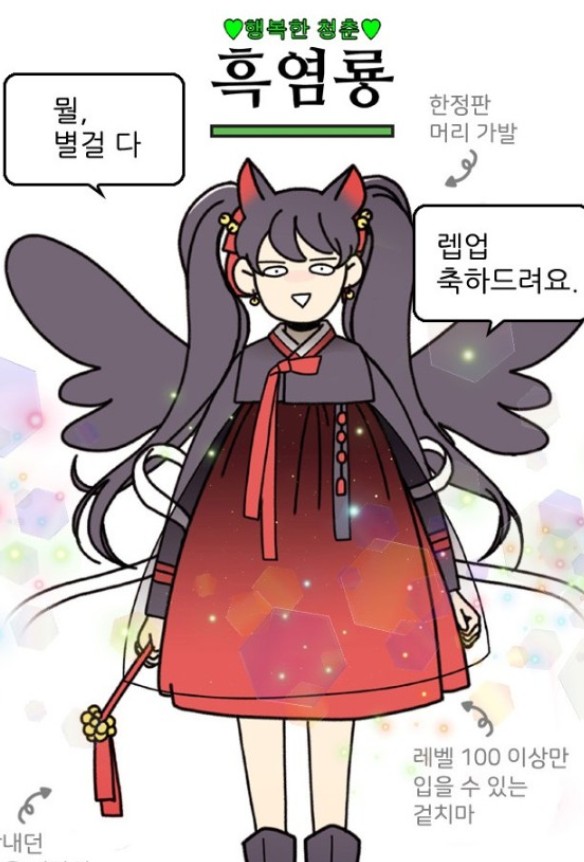 Q: Which character in the webtoon

I can’t help but have a soft spot for Nokdu and Dongju. That’s because those two characters have been with me since the beginning of the story. Maybe it’s why Nokdu and Dongju are the most noticeable to me when watching the drama version of Nokdujeon.

Q: As the original author, watching the drama

I was so happy when I saw the first episode that I cried.

Since my debut and before the webtoons being televised became an issue like now, I used to say that my goal was to see my work become a drama one day no matter what. My work becoming my drama was my dream. That’s why the day that the first episode of

On top of that, the director, writers, actors, and the production crew showed me something more than I had ever imagined. I was so touched. I just want to thank the drama production crew.

Q: As the original author, what is the difference between the webtoon

When I first received the script for the drama Nokdujeon, it was so much fun I couldn’t even read it properly. I would be so curious about the next scene that I’d flip to the next page without even fully reading it. It was so fun that I read it over 10 times. An image of Nokdu and Dongju moving as in the script kept forming in my head as I read it, making me think, “Wow, I want to draw each and every one of these scenes right now”.

I think I can feel this way because the director and writers made the adaptation with respect towards my work. Once again, thanks to the writers and director for writing the script. The 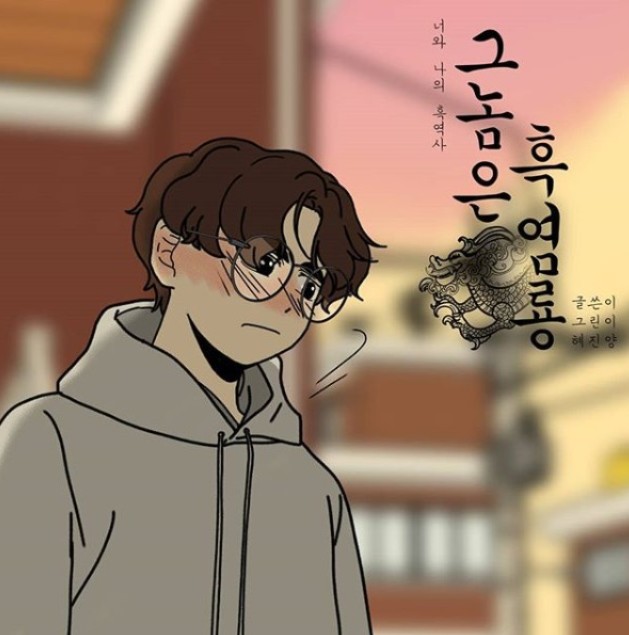 Q: The first chapter of

I had my first encounter with meetups quite early, since the first meetup I participated in was the HITEL Club in my first year of middle school.

I met so many older people, and because of the meetup I was able to meet and have fun with these people I never would have met otherwise.

I still have some people I contact after meeting them in my first year of middle school. There are people who became an oriental doctor, an organizer, and someone who works in a broadcasting company. It’s fun how people who had nothing 20 years ago are all working in different career paths.

We can’t meet or contact each other often, but when talking about those days it’s embarrassing but also enjoyable how we’re all still the same as then.

I think of those memories as embarrassing but delightful, so I was able to draw the webtoon

Q: There are readers who suspect that it could be the true experiences of the author. Is

Many people wonder if it’s the author’s experiences, but its 100% fiction.

The only experience I have in common is that I participated in an internet club meeting.

Q: The two main characters first met in an online game. What was your favorite online game?

That I don’t like games is 100% proof that it’s not my personal experience. I’ve never gone to a gaming meetup either. The games I liked were packages games, the ones you play with a CD ^^; I like story games with endings.

Even then, the only games I think I saw then endings of are games called ‘Is Enternal’ and ‘Farland Tactics 1,2’. I have tried playing online games, but I’ve never been obsessed with them like Yum-ryong or Su-jung in

Q: What game have you played recently?

Q: Which was decided first, the hero Heuk Yum-ryong’s name or the title of

Q. Is there a reason that Yum-ryong wore a wig to the meetup in the 2nd chapter?

The wig episode was an idea I got from my experience. When my friend was in the army, he’d wear a long wig whenever he’d be out on leave (Once, he came out wearing the wig that Yum-ryong wore in the webtoon. He made a ponytail out of the wig with a yellow rubber band). I was so shocked after seeing that at the time I gave that item to Yum-ryong.

Q: Many people try to train resistance towards cringeworthy things by reading the comments of He’s a Black Dragon. Please share some good tips for this.

Q: I had a strong feeling that the drama

O No matter what.

After hearing the director’s name for the first time, I found out that he was the director of a drama I liked for a long time. Upon hearing that he would be making Nokdujeon, I felt that it would be successful no matter what. The same goes for the drama writers. After reading the script, I was convinced that this would be amazing!

I also thought this way about the cast of the leading actors. Particularly, when I heard that actor Kim So-Hyun was casted, I remember saying “This is it! This is it!”, with my husband. She was the only actor we wished would play the role of Dongju.

I didn’t know who actor Jang Dong Yoon was at first, since I only properly watch a few dramas. After hearing about the cast, I fell in love with them all after looking up all the dramas and programs they were in.

I cried a lot the day the poster was released. Nokdu and Dongju practically sprang out of the webtoon. After the first airing…well, I became a diehard fan of a drama I was the original author of.

The pros and cons of both historical dramas and modern dramas are really clear. They are both so enjoyable and hard that its hard to tell which is easier to draw. For reasons unrelated to the webtoons, drawing Black Dragon seems a lot harder physically than when I was drawing Nokdujeon.

Q: I have cringed before while drawing

I didn’t know the readers would be so distressed. I only drew it thinking it was a joke.

For many of the parts that the readers had a hard time with, I showed them to my husband, and we’d laugh a lot while making them even worse hoping the readers would curl up even more.

In the case of

Q: If you hadn’t become a webtoon author, what job would you have right now?

I probably would have gone towards drama and musical broadcasting. As staff, not an actor. I feel like I could have done in marketing, and I think I could have become a webtoon manager as well. When I decide to do something I like, it doesn’t take long for me to put it into action.

Even if I didn’t become a webtoon author, I think I would have done something to develop what I like.

Q: Please say something to the readers who are waiting for

He’s a Black Dragon is the work that has been the most delightful to work on so far. It hasn’t been long since it has begun, but I hope we can all laugh and enjoy the series with a warm heart until the end.

You can expect great things from the 5 book versions of Nokdujeon. I’m working very hard right now. I’m planning to spend a long time drawing the epilogue manuscript that starts after the webtoon’s end along with the review. The webtoon serialization is over, but during the empty two years before beginning He’s a Black Dragon, I edited the entirety of the Nokdujeon volumes from one to four. That’s why I can’t think that Nokdujeon is over yet. I think that the moment Nokdujeon is out of my hands is when I finish the five book versions are complete, so I’ll be giving it my all.

However, I’m worried I won’t be able to start working on it until after the serialization of