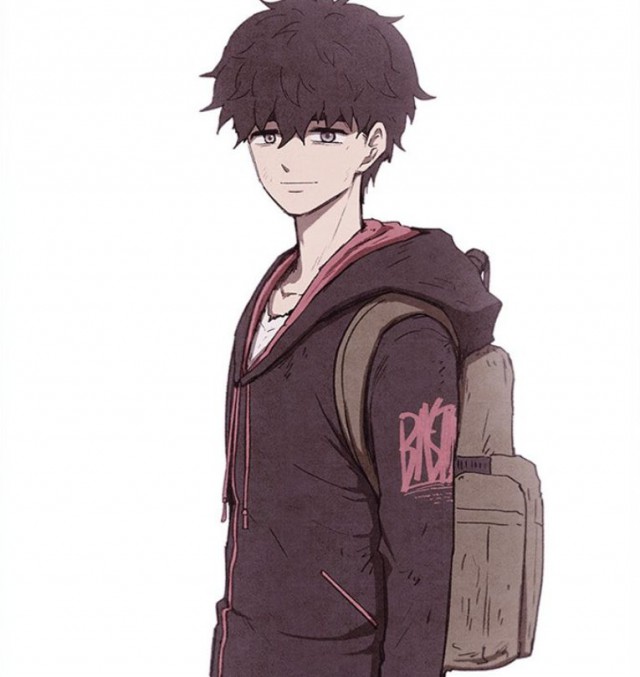 Q. You have a unique nickname. Where did it originate?

It’s from the main character’s name, Edward Canby, from of my favorite horror games during the middle school year, ‘Alone in the dark.’

Q. Since ‘Mellow Holic’ in 2010, there is no teamwork under ‘Team Getname.’ I bet there are a lot of readers who are waiting for the reunion. Do you have any plan?

We’re both in the position of story writer with no drawer. When we manage to get a drawer under ‘Get Name,’ we want to try a larger scale of work. The genre could be space horrors like Alien or Event Horizon.

Q. Both you and Aruani are actively working individually. Are you two still communicating in terms of work?

Aruani’s work style is a bit closed; he doesn’t want any feedback from me. On the other hand, I always show my work to Aruani and ask for some kind of a beta-testing. Even if the only feedback I get is a curse.

Q. During the interview you had when you were working on ‘The City of Dead Wizards’ alone, you mentioned, ‘if you worked alone, you wanted to figure out how you could handle the deadline or the quality of the work by yourself.’ Time has passed, and you have been working alone for many pieces. Are you satisfied with your work?

Personally, ‘The City of Dead Wizards’ had an unsatisfactory ending. I’m not planning on working solo for a while.

Q. In your blog, you mentioned that you’ve turned into a story writer because you felt you lacked ability in drawing. Do you still feel the same way?

Q. Starting from ‘The City of Dead Wizards,’ you’ve tried various genres, such as SF and Fantasy. Looking back on your work right at this point where 2018 is almost ending, is there a particular work that you were satisfied or unsatisfied?

I’m mainly working on a thriller genre. The collaborated work with Author Hwang is going well. The unsatisfactory piece is, of course, ‘Unknown Code’ from Lezhin. There was a limit to the mobile game promotion webtoon, but when the game disappeared in a flash, I lost the motivation.

Q. Even when you draw for genres like SF and fantasy, there still are some aspects of a thriller. Do you intend your work to be the combination of thriller and mystery, or is it unintentional?

Of course, it’s intended. Not that my intentions always work.

Q. Could you briefly explain the beginning of the planning and idea of the two works, ‘Closed Man’ and ‘Sweet Home’?

For ‘Sweet Home,’ I wanted to make a fun apocalypse genre, which can be very obvious at times. ‘Sweet Home’ is not far off from general apocalypse material but has a lot of growth factor. Young Chan Hwang is a big fan of stories that deals with growth.

Q. You’re currently working on two pieces from two different platforms, Naver and Toomics. The publishing periods are different, one being weekly and the other being monthly, and the platform conditions are different with free and charged. Do you have any difficulties with these differences?

Since monthly cartoons have a longer period of publishing, it is harder to give the right impact at the right timing. It is rather a new concept that will take some time to get used to. A great thing about monthly cartoon is that you can work with ‘Sweet Home’ more comfortably.

Q. Let’s talk about ‘Sweet Home’ first. After the completion of ‘Son of a B**ch,’ you are collaborating with Young Chan Hwang once again. Did you think Hwang fit you well during the series?

At first, there were a lot of discussions and coordination, but now I have complete confidence in Young Chan Hwang. I think he should keep doing what he’s doing now. He’s a great drawer.

Q. When I read ‘Sweet Home,’ I feel like there are a lot of genres mixed into one work. What is the main genre of ‘Sweet Home’ in your perspective?

Like mentioned above, Young Chan likes depicting the growth of youth. I reflect the opinion of the drawer very well, so I had to make a character completely different from Woojin Sun from ‘Son of a B**ch.’ That is how Hyunsoo Cha, who left the glory of the past behind and became a Hikikomori, was born.

Q. Looking at the battle with monsters, the overwhelming difference in power is hopeless in the perspective of a human. Will the fights in the future also come at a time when there is such a significant gap in power?

Only Hyunsoo Cha can confront the monsters one on one (this doesn’t mean Hyunsoo is stronger than the monster. Hyunsoo is only at his golden time), but this isn’t too hopeless. The weakness of the monster is fire, and the humans will use the weakness as a strategy. 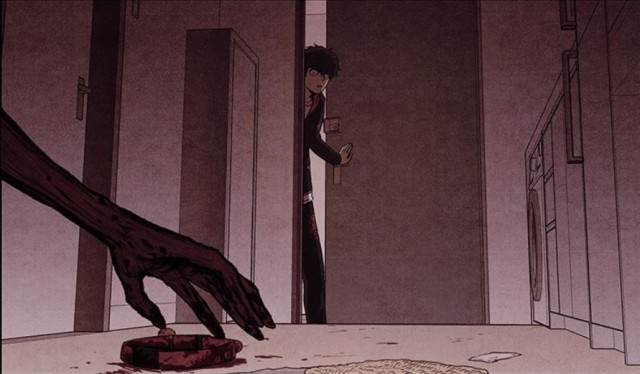 Yes, it would be a spoiler so I can’t tell anything specific, but I’m only thinking about making 50% of the population into monsters. This means many people, more than expected, are immune to the phenomena. Of course, the word ‘immune’ doesn’t make sense since turning into a monster is not because of a virus.

Q. In a previous interview, you mentioned that in ‘Sweet Home’ the narration is more important than the set-up. It seems like an obvious comment, but at the same time, many readers are curious about the secret of the set-up. Are you prepared with all the secret that will unfold in the future?

I’m prepared but haven’t decided on how much I should reveal. To a certain extent, the description will go into the point where things can be inferred. I won’t end it with an open ending like other zombie series.

Q. Can you give a brief description of the direction Hyunsoo will grow as the story unfolds?

He will restore the love of family, gain peace of mind, and rise into nirvana…I guess. 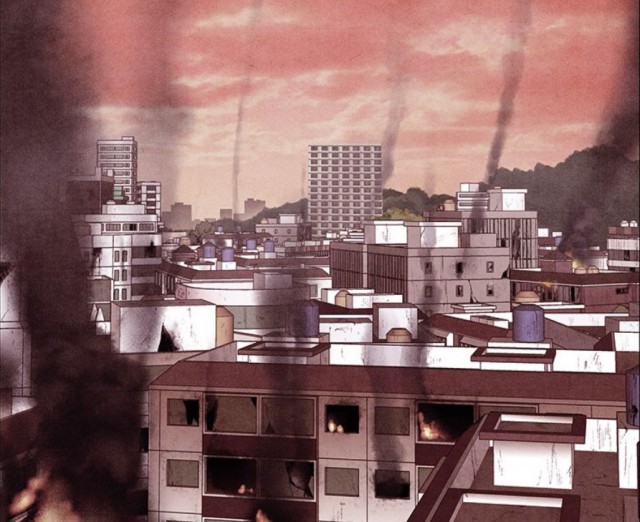 Q. Now, let’s talk about ‘Closed Man.’ The setting ‘if you see someone’s eyes and feel an emotional impulse, you die’ is very intense. How did you come up with the setting?

One day, I was driving and thought, ‘if there was a car that could be controlled by brain waves, would I be able to drive it well?’ My conclusion was that humans were hard to control even their own thoughts, and the setting of ‘Closed Man’ started from there.

Q. The work is very interesting, but there also are some aspects that are cliché. For example, the conflict or character structure. What do you think of this?

There is a little twist to it but wouldn’t go far off from the cliché. It is a piece that everyone could read very comfortably and naturally. The work is not a thriller. It’s a drama. It’s a stereotypical heroic epic.

I always pursue a happy ending. The main character will probably be happy. 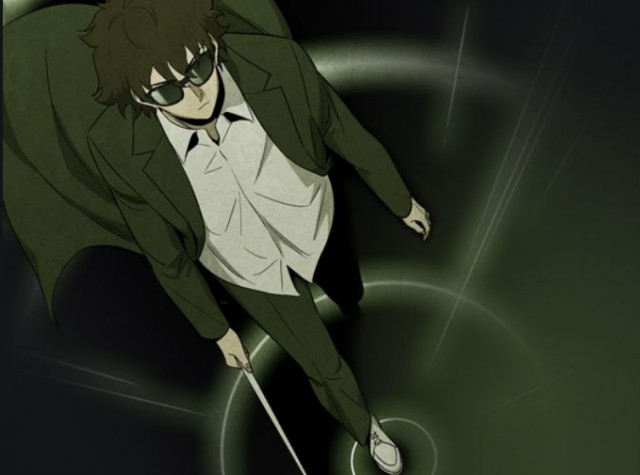 Interview on the Work

Q. The way webtoon writers who work on both story writing and drawing is well known, but I don’t think that is the case for story writers. Please give us a brief introduction to the equipment and software tools you use.

It’s not much different. All you need are the word processor for writing text Conti, a Cintiq for drawing Conti and a Photoshop.

Q. What is a specific order of work, and is there a difference from when you had to handle both text and drawing?

I spend most of my time on ideas and the actual time of sitting down and working is very short. Some people might think that I’m just playing on the computer. There is no big difference. It’s just that I can create different works at the same time without painting it myself.

Q. Since the two of you are collaborating in writing and drawing, the communication must be very important. How do you communicate with Young Chan Hwang. Where and how does it take place?

Through messenger. Young Chan lives too far away. It is impossible to communicate in person.

I think that the ability to blow up a trivial story is important. All my work always started with a small idea. Drawing ability is, of course, the higher, the better. Story writers who can draw are much more competitive than those who can’t.

But drawing the Conti with too much detail can also make the drawer stiff, so you have to adjust accordingly. Story writers are bound to collaborate. When you try to keep the participation level between you and your colleague, that is when the power of collaboration arises. 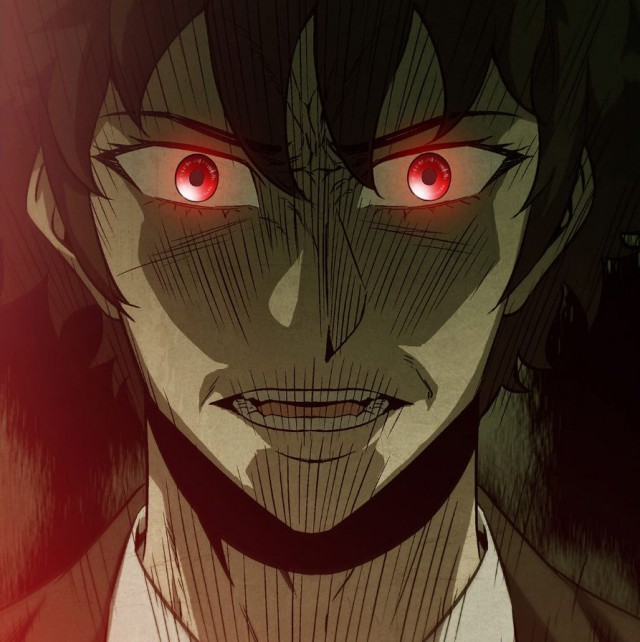 Yes or No Interview

Q. I feel my stamina is warned off while working these days.

Q. I will be drawing a cartoon ten years from now.

Q. Many people say I have a unique personality and taste.

No. I’m an ordinary person.

Q. When I read popular works, I often wonder why they are so popular.

Yes. I feel like I wouldn’t be able to figure out until I die.

Q. To be honest, my work is the most fun.

No. If that’s the case, the webtoon industry is dark

No. My health condition…cough cough.

Q. There is a lot of pressure on the next work.

No. Not really. Sources are everywhere. All the drawers out there, call me, call me.

Q. Sometimes I want to leave everything behind and quit.

No. I love this job so much.

Q. Lastly, what do you think is the most important thing when you write a webtoon story?

‘The fun that makes the readers read the next episode.’ But most of the time, I fail.