Webtoonist interview - LEEHEY <A good day to be a dog> 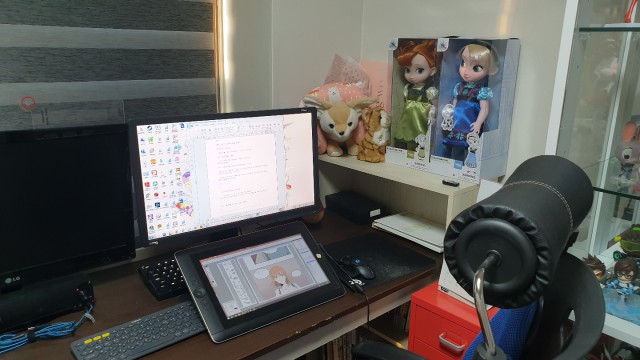 Hello, it is very nice to meet you. I’m a webtoon author Lee-Hey.

Happy New Year to you all. I hope you have a healthier and happier New Year this year.

Q. What was your New Year’s resolution?

I’ve been so busy this New Year, but for resolution, I think it would be ‘Let’s survive this year.’

Q. What do you do in your free time? What kind of hobby do you have?

I usually play games. (computer games or play station, mainly.) When the game feels too tiring, I watch TV or YouTube.

I like thrillers, so I enjoyed watching ‘Hell is Other People,’ ‘Sweet Home,’ and ‘Jo’s Territory.’ 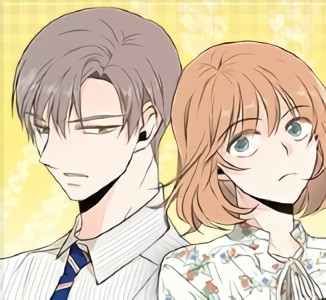 Q. ‘A Good Day to be a Dog’ was your third work. If anything changed while publishing this piece, what would that be?

The main difference would be the genre. If the previous two works were fantasy, this work is romance. Fantasy genres centered around incidents but romance genre centers around emotion. At first, I wandered a little bit.

Q. The title ‘A Good Day to be a Dog’ is quite fresh and symbolic. But I remember reading somewhere that it wasn’t the title you wanted. What kind of title did you originally intend, and what do you think about the title now?

The first title I chose was rather strong. It was ‘A Girl Like a Dog.’ After a discussion with the editorial department, I switched it to ‘A Good Day to be a Dog.’ At first, it was a bit disappointing to see the title change, but I’m very satisfied because the title suits better to the mood of my work.

Q. How did you first think of the setting, being cursed, and becoming a dog?

There certainly is a reason, but I’m not going to comment about it.

Q. Which character did you first come up with? How did he/she change from the initial setup?

Now that I think about it this way, it changed a lot. The male lead had a tough personality at first, but it changed a lot throughout the publish. For the female lead, I thought, if she were too timid, I would be frustrated developing her story. So I changed it from the first episode.

Q. Which character is your favorite from ‘A Good Day to be a Dog’? What is the charm of that character?

Every time I get a question like this, I often say ‘all of them.’ I created them, even if they are villains. If I still have to pick one, it would be the male lead. Many people like him, so I draw him with care too. 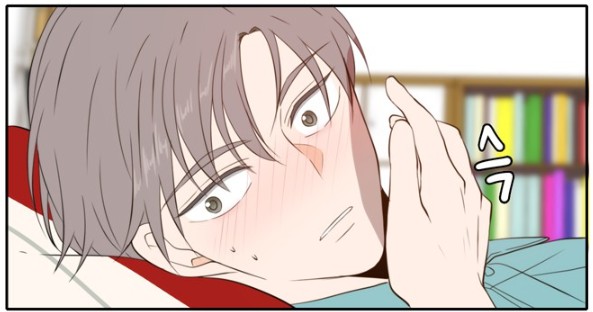 Q. Your webtoon is available in various countries from Thailand, China, Indonesia, and more. What are the reactions of overseas fans?

I can’t exactly figure out what the reactions are because I can’t read the comments left under my work. When I see people visiting my social media and leaving comments, they seem to like my work a lot, so I’m happy.

Q. The two main characters have revealed their feelings for each other, and the story behind their ancestors also appeared. You tweeted that the work will be finished around spring. What’s the percentage of the current progress?

Q. Just as many readers started to enjoy the happy, lovey-dovey part after sixty episodes of suffocating, inflexible period, it seems like the pitiful period has started again. Has the pitiful part passed on your end?

In the current work section, I’m at the peak of the crisis (another stuffy, pitiful part). 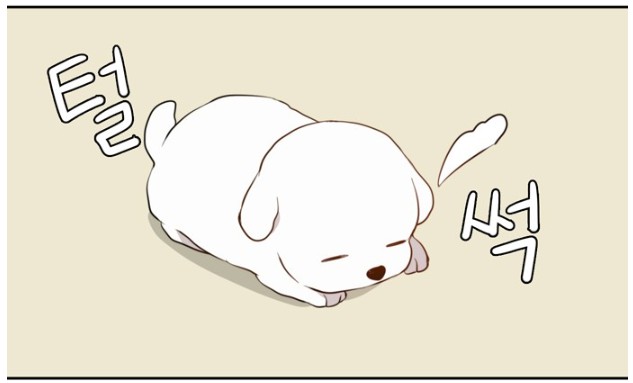 I saw it for the first time during the interview. The cast is full of pretty actors. Of course, I like all of them. I think of it as fans’ love towards the work.

Q. Do you remember any of the deduction the readers made on your series?

There are a lot of people who don’t just accept what I’ve shown them but think about it once or twice more (probably because of my previous works). I sometimes admire their guesses, thinking that ‘right, those angles can be great too.’

Q. Drawing ‘A Good Day to be a Dog,’ which scenes are easy to draw, and which are hard to draw?

Compared to the previous ones, because they were fantasy, it’s easier to draw overall. ‘A Good Day to be a Dog’ is a genre with not a lot of action scenes or change in location. The hardship is often emotional than physical, especially when I had to draw sweet scenes. One time, I threw a keyboard while I was writing the scenario. Haha.

The Author and the Work

Q. What is your favorite animal?

I love cats so much. I want to raise one, but I don’t think I can care for them very well. When I’m confident about raising it, I’ll try then.

Q. In your previous work ‘God’, you unfolded the twist for seven consecutive weeks, giving you the nickname ‘the legendary seven backstabbings’. What do you think about the nickname?

I feel thankful. As a writer, I’m very proud of the fact that I gave a lot of impression on the people who are reading my webtoon. 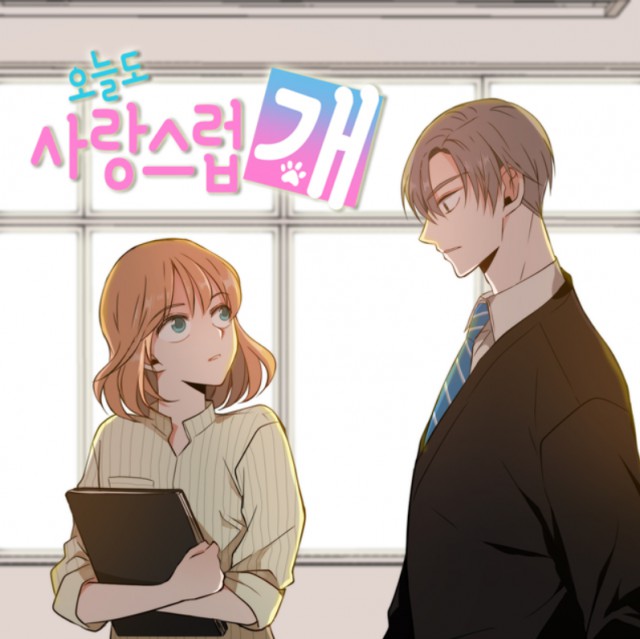 Q. It’s an old story, but the lyrics for OST ‘I Guess Not’ released in November 2017 are so sad. Why did you release a song with sad lyrics?

For OST, it’s a song from a team that created the OST for previous work, ‘Reckoning.’ When I first received the song, the song was already finished with the melody and lyrics, so I thought ‘there is no story related to those lyrics…’ But I still liked the song itself. I didn’t’ expect so many people would leave nervous comments under my work because of the song. Haha.

Q. You said you want to draw baseball cartoon, and there is a fantasy cartoon that you really want to try. What kind of genre are you thinking for the next work? Do you have new work in mind?

I really want to try drawing different genres. I like sport and thriller genres that I want to try. Fantasy feels like a home to my heart, so I really want to give it a try once more. But there’s a story that I’ve been talking about lately, so I think I’ll prepare for the next work with that story. The genre will be similar to ‘A Good Day to be a Dog’, a fantasy romance.

Q. What’s the most affectionate work out of three pieces and why?

I love all three of them. The first work, ‘God,’ I love it because it’s my first. The second, ‘Reckoning’ was a genre that I really wanted to try and showed all the story I wanted to reveal. The third, ‘A Good Day to be a Dog’ is a work that received so many people’s love.

Q. Could you introduce the equipment and programs that you use when you work?

The device I use is Cintiq Companion, for Conti, sketch, pen touch, I use Sai. For coloring, I use Clip Studio, and for editing, I use Photoshop.

Q. If you could give any advice to those who want to become webtoonists?

Suffering comes when your favorite activity becomes lifework. If you get through that part, that’s when you can be the best in your field. Cheer up, and I hope to see you as a fellow drawer and writer!