The story not for somebody, but for everybody - The Webtoon, 'Vacantly'

The story not for somebody, but for everybody - The Webtoon, 'Vacantly'

“I want to make a badge called ' A person who likes to meet a baby mother‘.”

I heard this when I met a friend. I became almost tearful as I was so happy I was to hear this. The friend had set the time and place to my convenience and welcomed me even if I had to bring my child due to the circumstances. On the day when we could 'luckily' meet as all the circumstances worked for us, including my husband leaving right on time and my child being taken care of, I told her that I was genuinely sorry for the past situations. And then, she replied to me by saying such sentence with a smile. What she meant by the term 'A person who likes to meet a baby mother' was that I didn't have to feel sorry for all the variables caused by a child.

You can't pause or rest when you care for a child. You may take annual leave at work if something urgent comes up, but you can't possibly rest in childcare unless you find a person to replace you. In my case, I had to mainly care for my child, however, caring efforts could be demanded by more people. People with disabilities and elderly people who can't move freely also need cares. The webtoon 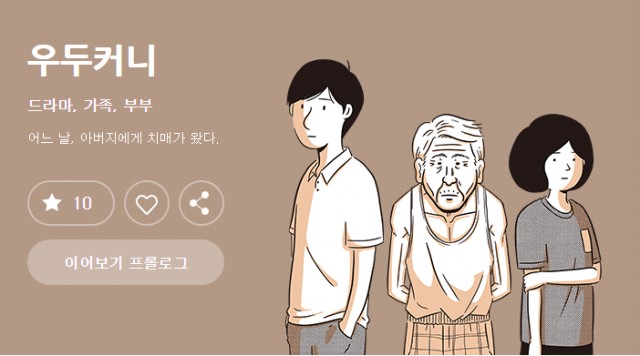 The plot of the webtoon

The father's Alzheimer's progresses slowly. The father becomes suspicious of Seung-ah for the things that she hasn't done, says strange words and gets angry for trivial events. As she watches her father's symptoms get worse every night, she weeps quietly in her room. "When the street gets covered in dark outside the window, my father's mind also becomes dark and he seems to lose his ways in the darkness. I guess there are no moon or stars in there." (From the webtoon,

But taking care of the father's Alzheimer's isn't always painful and depressing. Seung-ah and Young-woo regularly take the father outside for a walk and encourages him to ride an indoor bicycle when the weather is bad. While they usually cook to eat at home, they eat out sometimes to refresh the atmosphere. Though the Alzheimer's is a strange world that the couple has never experienced before, Seung-ah looks for ways to live with her father's Alzheimer's by remembering the love that she has been receiving from her dad for a long time.

But unfortunately, such attempts soon fail. The father continues to have unreasonable suspicions toward the couple, and Seung-ah eventually decides to take her father to the nursing home. When I follow the narrative of the webtoon 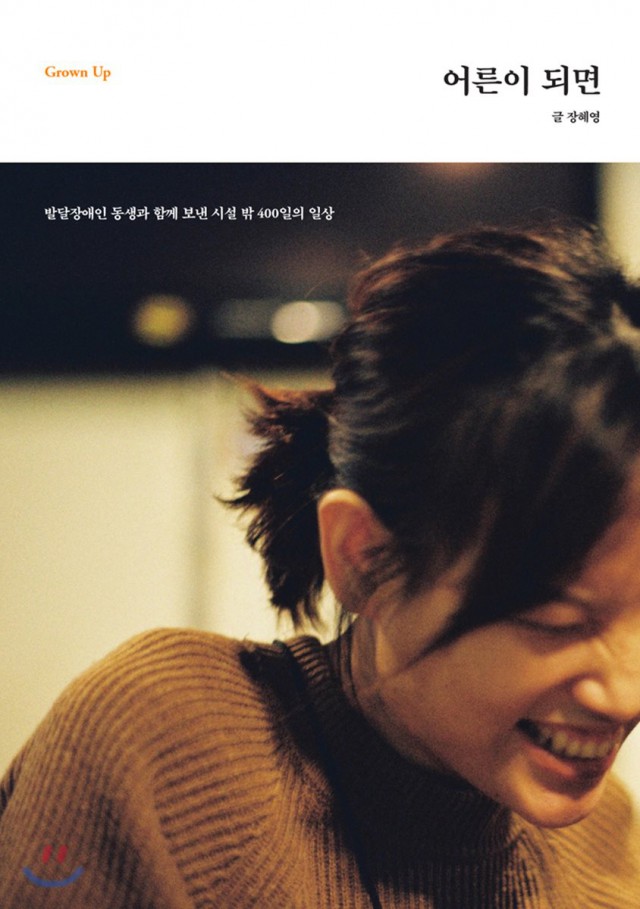 Our society is growing old as many figures suggest that the six-pocket syndrome is coming soon. Yet, it is still unclear whether our society is ready to be with those who are getting older. I wonder how many people would be able to welcome their later years in such society. Who would have to bear the burden of aged care? What's certain is that whether the society is prepared or not, the future where I would not be able to take care of myself would surely come.