Who are the cartoon readers/buyers in France?

Recently, there have been research and survey on French cartoon readership. In the Rencontres nationales de la librairie, some of the results were published, excerpted and introduced through various webzines. Out of the many introductory articles, we want to summarize and translate the findings compiled in the two Webzines, Actualitté and Madmoizelle to examine the tendencies and characteristics of French cartoon readers and to help them understand the whole French cartoon market. 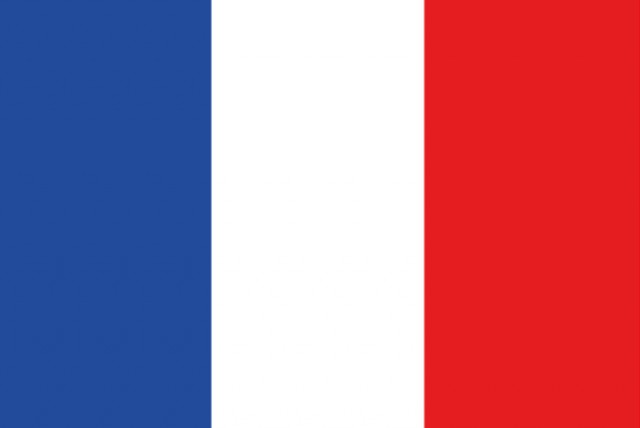 French webzine source based on research:

The French comics market, which deals with Bangde Desinee (French comics), Comics (American comics), and Manga, is recording relatively good sales compared to others. The total number of comic book readers increased across the board, with book purchases most notably among those in the younger age group. It is very thanking for the high number of books purchased by young people who will remain consumers for a long time and the industry is relieved that the future of the comic market will not be bleak. The Market Analysis Institute (GHK) conducted a study on French cartoon consumers (who bought comics and read them) and what trends they have. In September, it was scheduled to release all of the research, but GHK, who is in charge of the research, personally introduced some of the results at the Rencontres nationales de la librairie held in late June. The study was conducted on the basis of 15,000 readers and 5,000 booksellers who can analyze book sales as a representative sample of France as a whole.

In 2016, the French cartoon market (including foreign cartoons) absorbed approximately 8.4 million people (which represents 15,5% of France's total population) into its readership. Given that the total number of book consumers is 34.4 million, it tells that comics is a valuable and major area in the book market.

The second-hand book market for comics has not developed much. While 25 percent of book consumers in other segments use second-hand books, only 16 percent of readers bought or sold comics as second-hand books. For digital comics, 2 percent of all cartoon consumers purchased paid webtoons, but free webtoons were excluded from the survey. In France, books are often selected as gifts for acquaintances, and in the case of books for others, about half of the total consumption is comic books.

In 2016, there were approximately 27.65 million people who bought books at bookstores, spending an average of 59 euros (about 78,000 won) a year and purchasing 3,2 books. The figure is smaller than the 38.92 million consumers in other cultural spending spaces such as the "Fnac" but higher than the 41 euro (about 54,000 won) average annual expenditure and the purchase of 2,1 books. Internet purchases were chosen by 1.397 million consumers, its sales are less than bookstores and large cultural spaces, and they purchased an average of 1,5 books a year and spent 37 euros (48,000 won). At large discount stores (the space of books inside large supermarkets such as Auchan, Carrefour and Leclerc), approximately 1,729,000 consumers bought 19 books at an average annual rate of 28 euros (about 37,000 won per year).

The survey showed the number of people who read and consume comics increased by an additional 400,000 over 2015 and 2016. Except for manga and Comics consumers, approximately 6.7 million French comic readers were female readers, 52 percent more than half of whom had been buying comics for a long time, and half of those who came across comics as chance.

Cartoon readers are younger than other book readers. The average age of comic readers was approximately 40,7 years, while that of ordinary readers of literature was 43,9 years old on average, and that of other books was 42,5 years old. More than half (53 percent) of cartoon consumers are female readers, a feature more pronounced across book consumers: 59 percent of all readers are female.

As mentioned above, French people often buy books with plans to give gifts to acquaintances, accounting for 51 percent of all purchases. In the case of comics, 52 percent were purchased as gifts, far higher than the 26 percent who purchased ordinary literature as gifts.

Some 1.8 million consumers of manga (Japanese cartoon) were an average of 33,8 years old, 34 percent of them 15 years old, slightly younger than regular comic book buyers. People aged 29 were in the majority. Among those age groups, 54 percent were women and 56 percent were children. On average, consumers spend 57 euros (75,000 won) a year on manga purchases, the year-on-year.

One of the distinctive features of cartoon buyers is that they are aware of the information related to the books they have purchased. This is because the purchase is decided by someone's recommendation or request, or by reading the related criticism or analysis. This characteristic of being aware of what kind of book you're going to buy, or what you're going to buy, accounts for 63 percent of all comic books (70 percent manga, 69 percent comic).

The number compares with 48 percent for the entire book market. If you think of the fact that readers drawn to a series, cartoonists and styles buy books with strong fanfare, the above figures are not a surprising result. Comics are diverse and rich genres that cater to each reader's taste and encourage passion for the work. This feature is most visible in the manga, with 26 percent of all readers buying and consuming 78 percent of their total purchases. Aside from manga and comics, 15 percent of all readers make 50 percent of their purchases.

The giant buyers of French comics belong to the 40-49 age group. However, the problem is that the age group between the ages of 10 and 14 makes up 21 percent of the large buyers. There is one more reason the publishing industry has no choice but to try to make young readers regular buyers of books, which is that buyers in the 10-29 age group don't care much about the fact that they have to continue to buy several books for the entire comic series.

Young readers' feelings and enthusiasm for cartoons are also confirmed in other facts. People aged between 10 and 17 make up 17 percent of all purchases, and on average, they spend 60 euros (80,000 won) a year on comic books. The above figure is higher than the overall average for France. For those aged between 18 and 25, the above age group accounts for 20 percent of the total purchases, purchasing an average of 6,6 books a year and spending 70 euros (about 93,000 won per year). This age group has great interest in buying manga, with a net price accounting for 63 percent of their book purchases, and an average of 11 books a year.

What should be noted in the above findings is that 1) French still prefers to purchase paper books over new media such as e-books and webtoons; 2) female readers lead the overall consumption of the book market; 3) The fact that large-scale buyers with strong fanfare are leading the consumption of comics; 4) the average age of young readers who can remain as readers is greater than that of other books (40,7).

Although we had been vaguely aware of it before, the survey showed that the French book market (publisher, bookseller, etc.) should pay attention to cartoon readers and women readers and find out in a specific way why they should be considered special. They are attracting book consumption by visiting local bookstores and specialized bookstores in the face of the economic crisis and the sluggish book market. And with a special affection for the cartoon!