What is the relationship between authors and editors?

Recently, Korean comics such as

It is true that much of this information helped to understand the characteristics of Japanese comics that is made up of three-legged cooperation. On the other hand, there happen many misunderstandings due to the nature of information. It is the relationship between authors and editors that is particularly misunderstood by Korean writers who plan to serialize their comics in Japan, or Korean fans and writers who are interested in the Japanese comics industry. 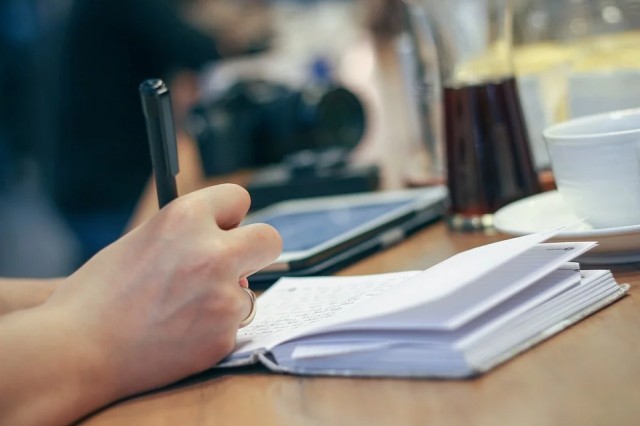 Who is higher among writers and editors?

One of the many rumors that go around in Korea is that in Japan, the relationship between editors and writers is vertical, and editors have a high-pressure attitude to control writers on their own will. In addition, It is said that without listening to the writers’ opinions, the editors put enormous pressure on the writers to create the comics they want to make. Of course, there are probably such editors. There were also such editors who the author experienced. However, in the case of Japanese comics publishing, there is a huge variety of cases depending on the type of magazine, the culture inside the publisher, or the personality of the editor. We cannot say it simply as one.

For example, K company, a well-known publisher, makes a lot of comics based on solid planning, so the coordination of opinions between story writers and picture writers, as well as the role and authority of the editor in charge of researching and scheduling various materials, become very important. In this case, it is reasonable for the editor to take the initiative. On the other hand, S company, which shows strongly in love comedy works and youth works, depends on much of the writer's ability to express delicately the image of the characters, while the editors only need to manage the schedule. There can be different types of writers. Some writers are strongly advised to lead by editors because of poor schedule management and self-management, while other writers are very thorough in their schedule management and quality management, but they lack originality. In this case, it is right to help them by providing ideas or materials. In any case, the situation may differ depending on the case.

The contract tells us the relationship between writers and editors.
In general, the relationship between writers and editors is not one in which the editor unilaterally leads the writer. The two are in a partnership that creates comics on an equal footing. We can see this clearly by confirming a contract between writers and publishers. Usually, in a publishing contract, writers occupy an [advantageous] position and publishers hold a [disadvantageous] position. (I think there are a lot of people who are curious about it. In Japan, a publishing contract is usually concluded by the time the writer starts a series and publishes a book. Sometimes there are cases that some publishers conclude comic strip contracts.) This is a form of contract in which a writer with an advantageous position lends his "right to publication and sale" to a publisher for a set number of years (This period was two years at the time the author signed a publishing contract with a Japanese publisher, but the contract would be automatically extended unless there was any objection). In other words, this is a kind of temporary copyright transfer agreement.
Why is this form of contract? The ideal form of making and selling comic books is that a writer himself or herself creates, prints, and sells them in bookstores. However, it is very difficult to do these works for a writer who must concentrate on writing. In addition, it is quite difficult for the writer to bear the initial investment costs, such as the production cost of creating a book sales network and making a book. Thus, a writer gives a publisher some of the monetary profits arising from the sale of the book, while the publisher is responsible for the production and sale of the book.
This shows us the basic relationship between writers and publishers. A publisher is an entity that receives the rights of a writer and exercises them so it is in a position to ask the writer to grant the rights. From this basic relationship, the relationship between writers and editors in the Japanese publishing comic industry has developed into various forms.
Of course, there are many exceptions. Some publishers offer down payment and make an exclusive contract when a new artist starts a series, or make an exclusive contract with a well-known professional writer. (In some cases, even if a writer doesn't draw comics for the magazine, he won't be able to publish it in another publisher. Of course, the amount of the writer's living expenses is paid to the writer during that period.
These days, many of these have disappeared because of the recession, but we can know the relationship between writers and editors from the name of the year-end party for writers, which is often held at the end of Japan. Usually the name of this year-end party is [Appreaciation Banquet]. In other words, it means a meeting that rewards writers for giving favor for the publisher. This is an event in which the publisher rewards the writer for it can be maintained for a year because the writer made good work and gave the sales rights to the publisher. Though it may be a little different depending on the company, it is mandatory for editors to wear suits, which are not normally worn, for this event. This is a form of expression that this event is the editor's service for the writer.
It is not a unilateral relationship, but a partnership to provide good comics for readers.
Some editors sometimes criticize severely a writer over the telephone or send written comment on a plot, continuity, or picture made by the writer. In response to the editor's reaction, the writer sends his modified work to the editor again. At first glance (or for Korean writers whose opinions can communicate after several steps through agents and interpreters), this process can be misunderstood that authors and editors are vertical relationships and editors order writers to do a variety of things.
Moreover, it is easy for people to misunderstand that the relationship between writers and editors is somewhat vertical, since starting from the manuscript fees and other money are paid by the editing department of the publisher. But I say again that it cannot be said that the relationship between writers and editors is vertical. It is a cooperative relationship to make the contents which can satisfy the readers (consumers) who are used to various exciting contents. It is a complementary relation, so editors provide writers with the positions and perspectives of other people and writers provide readers with better contents from which people form a bond of sympathy.