Where is the end of this romance? <Feel good to die> 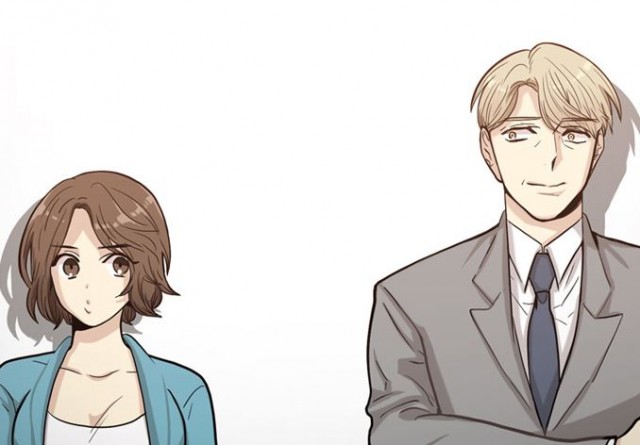 Where is the end of this romance?

Who are the characters of this romance?

Once someone hatred towards Baek, he dies, and the same day repeats.

In romantic comedies where the love of women and men is the main theme, the worse relationship between the two main characters forms, the more enhanced the dramatic effect of making love occurs. This has been repeated many times in Jane Austin's Pride and Prejudice, etc., and it is a formula of love derives from an incident caused by misunderstandings and its resolutions.

At this point, the time leap is an important motif that can review Baek's words and behaviors. If you can see the situation repeatedly, it is possible to see Baek's words from a three-dimensional angle. Describing a character's reaction when faced with different environments in a work physically requires a lot of volume and time. This expression is a burden for both the writer and the readers, but time leaf can relieve the burden by repeating the same environment with different angles.

Since you already know most of the flow, you only need to capture the changed parts and check the changed reactions of the character, so that can express simple and compact character's three-dimensionality. Even if Baek is a bad apple, looking at it in three dimensions through repeated situations may eventually show a better appearance, true nature, and the essence, which may later appear as a dramatic reversal. However, in countless time-leaps, the person Lee Ruda likes is a different one, so it is unpredictable a dramatic reversal like Baek's reform, reconciliation with Lee Ruda, and love.

Can Lee Ruda, who understands the context of time leap, be the winner of this game?

She can stop Baek's death and time leap as soon as she actively fights against his verbal violence.

Time Leap for a Better Life and Humanity

Also, the movement for Lee Ruda's better future is not limited to developing a personal romance. After several time leaps, she could rush on Baek when he says the wrong words and actions to prevent the death of Baek, but it is not a fundamental solution. Therefore, Lee Ruda tries hard to find out what is causing Beck's verbal abuse by trial and error. Lee Ruda's struggling began with hatred toward Beck and was an inevitable choice for her future, but could be seen as a process of communication that resolves the conflict. Perhaps the “romantic” set by the artist, Goldkiwibird, is of a larger category than the love between men and women. In a romantic comedy, the relationship between the male and female characters is conflictive, but they open their hearts to each other and communicate and understand and fall in love. Males and females, new and old generations, wealthy and poor. There are too many conflicting relationships in the world. However, could it make our society more romantic if people really communicate with each other, rather than just having a prejudice against each other? If the way to make the world romantic is related to getting out of time-leap, how can we not support her?