The artist Yang Yung-Soon debuted in 1995 with the Grand Prize at the Adult Comic Weekly Magazine, 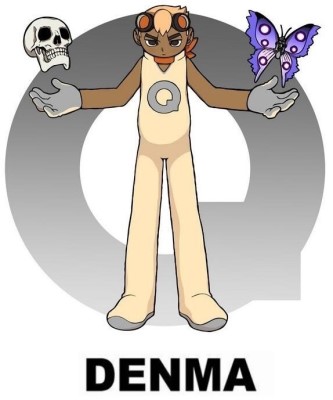 Yang Yung-soon soon received attention as an emerging artist in the field of comics at the time, and he was called “genius” or “alien”. His stable and beautiful drawing skills and unique wit attracted the readers. Even during the unstable period when cartoons were advancing from publishing to the web, he made his works without a break and seemed to be successfully moving to Webtoon. However, publishing full-length toons were not smooth, so he lost many fans due to the continuous incomplete works. Since then, the ambitious return of the space opera genre,

The title Genius and self-examination as an artist

Constant obsession with interesting works
According to an interview with Yang Yung-Soon, he felt complex emotions in Webtoons, which were created by new generations while cartoons were updated to the Web. He was in awe of seeing new artists who created new grammar and had excellent storytelling skills but also steadily and sincerely publish the series. In the advancing comic world, there was fundamental anxiety about how to live without losing his job. Perhaps the transformation as a storyteller was an inevitable choice to migrate to Webtoons. In addition, Yang Yung-Soon realized that 'steady' and 'promise' were the most important fun in the series comics if he had thought that 'fun', which he had focused on, was new, exciting and extraordinary.

Denma, The synergy between life and SF imagination

Denma is composed of several stories about a Quanx, who had the ability of mass equivalent substitution ability, was trapped in a body of a 12-year-old child, Denma, by brain shear scanning. Denma does not understand why he was trapped in a kid's body and what kind of person he was, so it's interesting to solve mysteries with readers. Furthermore, the story is evolving as a grand space opera, to solve the mystery about Denma because the relationship between the space courier company SilverQuick and the special powered Quanx and conspiracy to hold space supremacy is intertwined.

After all, a story about life

Denma takes the omnibus format, which characters from around the world surrounding Denma tell their stories.