I lamented. It was after seeing a new cartoon magazine by a famous publisher, K. The publisher, K has been doing quite well in recent years with big hit cartoons. Then the performance of the recent work was going down gain as if its effectiveness was almost ran out. Because the cartoon magazine appeared in the midst of such, I was looking forward to it. But when the lid opened, I noticed that it was a spin-off of an animation that was already outdated.

Over the past decade, Japanese manga magazines have relied heavily on the otaku market for large-scale productions. Otaku means heavy users and generates a fixed profit. However, the comics they demand are so highly developed that most of them contain certain codes, such as beautiful girls and Moe.

The comic works created by Square Enix were aimed at niche readers that Japanese public magazines could not cultivate. It would be like a cartoon that the generation who likes watching games will love or pieces that aim for otaku. In the case of <Saki>, a hit by Square Enix’s magazine, <Young Gangan>, it succeeded by combining Mahjong with a beautiful girl, but selling 200,000 copies per books was a temporary limit. The sale limit of the game that otaku would unconditionally purchase, called <#### a great war> when a new work comes out is said to be 400,000 copies. It is a number that shows the limit of otaku goods. It is a negligible amount of sales, but these works are just plain to the public. It is good that manga grammar has been advanced and evolved to the limit, but it is undeniable that it has simultaneously played a role in raising the public’s entry barrier.

<Puella Magi Madoka Magica> having gained a constituency for its plot twist even if the entrance barrier is high or misunderstood by the general public because of Moe-like paintings. However, in recent years, major comic book magazines have been competing to recruit new artists for minority magazines. It is a pathetic thing that does not believe the group of preliminary writers who grew up with major manga magazines and excludes writers raised on the premise of a minority market. Even before any verification, any new artist who won a cartoon award will be scouted unconditionally. As a result, the public -potential target readers- is taking their hands off from the comics. Manga magazine, the forefront of popular culture, is increasingly turning its back to the public. Therefore, new readers are not recruited, and the average age of readers continues to increase.

The younger generation is an active consumer, but over 80% say they feel a vague anxiety about the future. In fact, they want cartoons to comfort their mind and body in an endless competitive society. But can the works armed with intense artwork and serious themes come to mind? Nevertheless, the logic or way of thinking that dominates the editorial frontline is a 1980s way of thinking, with the possibility of experimenting with any potential and having a lot of energy and vitality in manga. If the magazine is in a recession that is hard to sell anymore, isn’t it the evidence that the publisher’s actions to produce offline magazines have yet to reduce the crisis?

To get out of the vicious cycle, we must break the mold of the present and accept things that the public wants first. There is no choice but to actively find an artist who can create such content. The Japanese ordinary readers don’t react at all by masterpieces such as <Evangelion> and <Puella Magi Madoka Magica>. For them, cartoons are one of the many cultural goods that they enjoy in their leisure time. They don’t look for a theme that guides them in life or the ultimate direction of cartoon expression.

<Evangelion>, a milestone in Otaku’s history 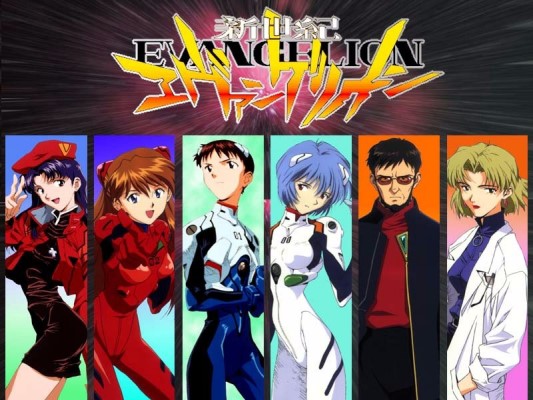 In the days when Japan’s stationary game console market was on the rise, Japanese game companies only pursued a high level of perfection in the JRPG genre that only domestic users wanted. But the company that created the largest number of users is Nintendo, the creator of Mario. With the advent of smartphones, even Nintendo is rapidly declining. Previously, the three-year cycle in the cultural industry was quite convincing. It means that after about three years in the early light user market, the heavy user market will open and then the light user market will come again. However, with the advent of the Web, the logic has lost its hold. Light users who enjoy games with their smartphones do not enter the heavy user market called the game console market. Now the user is not moving, but the center of the industry is moving.

Japanese comics may already be in a new central shift. Nevertheless, it is locked in a 50-year-old algorithm that is a two-page production, a 400-page magazine and a collection of funds. If there is an opportunity for the Korean cartoon industry, it may be that they have been studying how to appeal to light users for 10 years.