If you wish to see Japanese society gradually recover its optimism and hope for life after overcoming post-war despair and poverty, you should watch Takashi Yamazaki's 2005 film, [The Sunset at Always 3rd]. The movie received considerable popularity when it was released in 2005.

The movie is about a simple life of people on the outskirts of Tokyo before the 1958 Tokyo Olympics. Refrigerators begin coming into homes, and people sit around the television watching professional wrestling. The manufacturing industry is back in full swing, and as it becomes short-handed, rural kids are collectively employed in the city…this is the Japanese background shown in it. (However, Yamazaki's film is also criticized for seeing Japan in an overly romantic light when it had severe environmental pollution problems, and the scars left by the war had yet to be recovered. The sequel deals with the dark side of Japan at the time, but the completeness of the movie had been damaged, and it ended up failing). 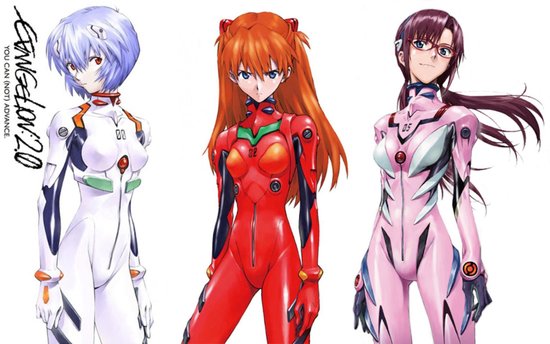 At this time, the Japanese people's sentiment was to forget about what had happened due to the terrible defeat. It was to put off abandonment of responsibility and the introduction of post-war responsibilities for now. It was like the mind of a man that, after seeing his children starve before his eyes and the values he had crumble before his eyes, decide to do whatever he could to survive first. It was something he could live with if he could fill his starved belly and save his family dying before his eyes.

Thanks to this he was able to find meaning in his life, and his children could eat and study once more. The houses that had burned down because of the incendiary bombs dropped from the bombers that had flooded the Tokyo sky were rebuilt, and people returned to the market to buy goods once more. The rubble was cleared away and the giant Tokyo tower was built. Now that circumstances had improved, people were able to bring in refrigerators, televisions and electric rice cookers into their homes.

After some time passes, people began to look back a little at the terrible war, and themselves who had cried for war. They shuddered and became uncomfortable. People decided to cling to their economy that had brought them salvation and devoted themselves to it. The Japan before and after the war were two different countries. Companies replaced the emperor-god. People such as Matsushita Konosuke, who founded Matsushita Electronics said that coworkers were family. The term ‘lifelong employment’ emerged. Companies provided food, shelter, education and retirement for their workers. With Japanese companies becoming larger with huge economic growth, they got the power to care for their own people. It’s hard to imagine that the emperor, once considered the national body was seen as a wall to protect them, but once it disappeared companies could replace him. It was good though. People worked harder. Identifying one's position (Finding one’s identity) within the company's larger system, rising up within it, and doing one's part in it, had become a major pillar of life's meaning and life cycle.

Of course, there was a lot of pain in the process. Rapid urbanization and the absorption of the surrounding people in urban areas created urban guerrillas, and some created the well-known guerrilla force, the Allied Red Forces. At its roots, it was a form of Marxism to fill the ideological vacuum after the war, but it was nothing more than a romantic movement directed by many young people absorbed into the city rather than something made after much consideration. Oguma Eijima also pointed this out, but with the end of the Vietnam Peace Alliance movement in Japan, big ideological movements and social transformation movements became unnoticeable in Japan. After the 1970s, when rapid growth was something taken for granted, the 1980s arrived.

At the time, Japan’s economy was something extraordinary. It was said that the U.S., the world's most powerful country, lost to Japan in manufacturing. Japanese cars dominated the world. Columbia Pictures, one of the pillars of American pride of Hollywood movies, was sold to Japan. Michael Crichton's novels, "The Rising Sun" and "Robocop 3," show Americans worrying about how Japan, which won the economic war, will invade their country.

With this, Japan became conceited. The right-wing figure Ishihara Shintaro even said through the book “Japan Can Say No”, that “There could be voices and criticisms concerned about Japan, but Japan can say NO! to them”. With so much money, much of it went towards real estate. Land process rose and rose to the point that places in central Tokyo such as Ginza had pieces of land the size of a handkerchief reach prices of 100 million won. It became difficult to hire new employees even at wages over 200 million won a year. Businessmen poured their money like water at Ginza bars. Expensive super cars sold like hot cakes and pricy gaming systems sold well. The cultural industry also grew significantly. The generation that had grown up reading cartoon magazines for boys that appeared in the 1960s, now demanded more in-depth and complete work, which led to the appearance of young men/adult magazines such as Young Jumping/Young Magazine/Morning. These magazine markets alone formed a market with more than 7 million copies sold per week. “Big” was not enough of a word to describe the shonen cartoon magazine market. Shonen Jump had an incredible 6.3 million copies in circulation a week, and Shonen Magazine and Sunday each published 3.5 million and 2 million copies a week. It was period in which these 3 magazines alone sold 10 million copies a week. The animation industry was also booming. As Video decks became available, animations on video tapes that cost 100,000 won each were sold out. Therefore, maniacal content and adventurous projects that had been difficult to consider before, were authorized and created.

Infinite optimism, bright futures, and consumption created this giant scene. Juliana Tokyo was full of people shouting, dancing, drinking, singing, and driving. Sometimes people like Takahata Isao said that they should look back at what was before this lifestyle. That was Grave of the Fireflies. People still preferred My Neighbor Totoro, which had released at the same time; a past and history of romance, optimism and nostalgia.

But one day, this huge spectacle is shattered. With a company-centered system, something happens to the people who were solely preoccupied with work and consumption.

The Plaza Accord in 1985 was a huge bubble that drew fire – and the bubble began to burst. Real estate prices, which had been skyrocketing fell, and stock prices fell without a hitch. After making the foreign shogun made the emperor into a human, the companies that Japan had thought of as God began to fall as well.