The two big events shocked the Japanese people that were already worried about the collapse of the bubble economy. This then brings about psychological panic. 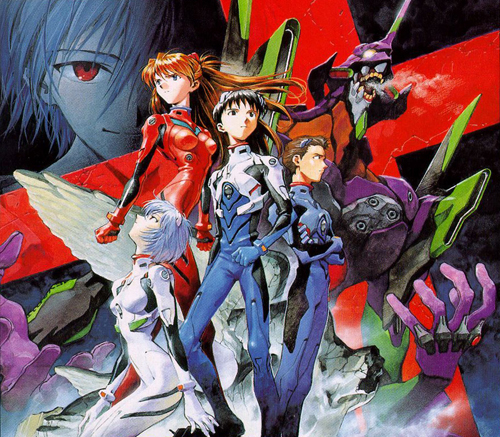 On January 17, 1995, a large earthquake hit Kinki, Japan. The magnitude is 7 at the time. The affected area is Kobe, a densely populated region. However, Japan's second largest city, Osaka, and the surrounding Kyoto area were also reportedly damaged. As many as 6,300 people died and the damage is an astronomical 13 trillion yen. Damage of this magnitude is one of the largest caused by earthquakes in postwar Japan before the March 11 earthquake of 2011. This has a massive effect on the daily lives of the Japanese. Japan is of course, a country with frequent natural disasters. However, there was a belief that there had been enough preparation, and that they would be fine. However, even that belief becomes something futile. Moreover, the limitations of the Japanese system which they had been so confident of is revealed. At that time, the Cabinet that led Japan was a coalition of the three parties of the Liberal Democratic Party, the Socialist Party and the Sakigake, and the Prime Minister was Murayama who had been considered progressive, and many had look forward to social revolution. However, when the earthquake hit, the prime minister is unable to cope with the disaster while sleeping. It’s said that he only knew of the death toll the morning after the earthquake hit while eating breakfast (The earthquake happened during the night). (This comical situation also appears in [Genius Family Ltd.]). The emergency disaster headquarters was established six hours later, and emergency measures are announced a day later. It was four hours later that the Self-Defense Forces were called in. It is said that trucks from Japan's convenience store chains carried relief supplies at that time because the dispatch and response of the Self-Defense Forces was too late. Countless people died in collapsed houses due to the belated response of the disastrous administrative structure that took hours to report upwards. (For reference, emergency report systems and response systems for earthquakes developed dramatically in Japan after this event. It took four minutes for the emergency disaster headquarters to be formed in the official residence of the Prime Minister during the massive earthquake that followed).

What would the Japanese have thought of this scene? It would have been natural to have a vague sense of insecurity that the foundations of their lives could be destroyed at any time. Countless volunteers from all over the country participated in the Kobe earthquake relief and restoration. They were young Japanese who were said to claim extreme individualism. Why? Wouldn’t they have somehow stood up to the inevitable catastrophe and tried to get back some of their previous routines?

However, before the shock of the Kobe earthquake passes, a terrorist attack by the Aum Shinrikyo takes place. On March 20, 1995, the Japanese pseudo-religious group, the Aum Shinrikyo, indiscriminately sprayed the sarin chemical weapons they made inside the subway in central Japan, killing and injuring countless people. Workers on their way to work in the morning died in the subway drinking in poisonous gas, ripping their own throats. There is still news of people will cerebral palsy and various disabilities. Haruki Murakami's book ‘Underground’ is a masterpiece of nonfiction that chronicles what happened on that day. (This terrorist incident has also caused the Japanese security police organizations focused on detecting and detecting espionage activities of radical socialist revolutionaries to make major changes in their direction.)

Natural disasters are something that can happen. However, the so-called social elite from prestigious universities (there were many among the brass of the Aum Shinrikyo that graduated from prestigious universities such as Tokyo University) indiscriminately killed people out of the blue, and upon capture, the perpetrators did not have some great political statement or made money like the bad guys in movies. It was simply an action done upon being cornered in order to have people die along with them. People couldn’t figure out what was going on with the world. They began having doubts about the big standard for understanding the world that had been accepted until now and wondered if it had even existed in the first place.

In this social atmosphere, a Japanese animation that causes numerous controversies over the next few decades will be broadcasted on television in Tokyo in October 1995.

The title of this work is Neon Genesis Evangelion.