# The term otaku itself was coined by the journalist Akio Nakamori. In the past people, who did not actively participate in competitions created in a high-growth society or Japan's sexual opening boom, built their worldview with certain codes such as beautiful girls, comics, and animation, and made them as a main material of conversation. Otaku began with words referring to these people.

# Even then, it was never used in a favorable way. Many people, including Ohtsuka Eiji (multiple detective psycho storyteller, comics critic, and theorist), have been furious or argued about this attitude. 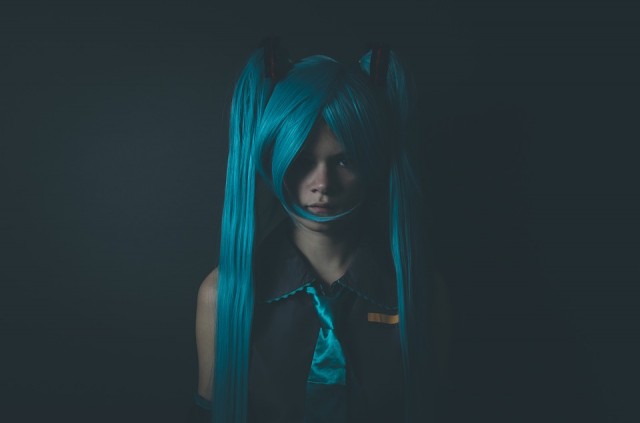 If we speak of otakus who participated in the otaku communities at that time, the following explanations are possible.

# In the mainstream, such beautiful women are popular or people ride such cars. People live in these homes, make good careers after graduating from these prestigious universities, and go on vacation in these places in the summer. This standard life cycle model is presented. Communication also takes place around these life cycles. People unconsciously live their lives by using this as a standard and think that they fall behind or succeed more than that.

# But there are people who do not like or cannot participate in this mainstream communication. The materials of the communication they found were animation and comics.

# I don't wear good clothes, I can't date in good places, and I can't go to a hotel with a girl, but I'm more knowledgeable about animation and can talk in-depth about it. Moreover, there are many such people, and at least I can be recognized and great among those who had this sort of mind.

# Some scholars point out that this is part of the psychology of those who participate in church communication. The order of wealth and kinship in the secular world does not have much influence in church communication centered on faith. It is important to show how deeply I have faith in the church community. This is what motivates the conversation. Even if I'm a poor man, I have done many activities in church and others praise me for it.

# There was an incident in which the term otaku became widely known to people. The Miyazaki Tsutomu incident had a decisive influence on it.

This incident occurred in 1988 by a young man named Tsutomura Miyazaki, whose contents were extremely horrible and bizarre. As an otaku who was very interested in comics and animation, he committed crimes such as kidnapping and brutally murdering girls, including four-year-old girls, and then having sex with a dead body. (Since the crime was extremely cruel and bizarre, I do not write it in detail here.) When the police searched his home, they found 5,000 video tapes. It included many so-called otaku works, including lolicon works. As a result, this incident created an image of otaku = crime in Japan.

# Since the incident, the term otaku which was previously used within a limited community has spread throughout Japan, resulting in many negative images. These are people who don't get along with people but have lots of video tapes and comics at home and enjoy it. They are also criminal reserves and perverts.

# There are various defenses against this. Okada Toshio (one of the builders of GAINAX), famous for his otaking, also gave a lecture about the famous otaku studies at the University of Tokyo. In addition, many sociologists also have defended otakus who have been attacked by people. (The lecture on otaku studies led to the publication of a book titled Otaku Studies. The most prominent part of this book is the part that otaku is an important successor to Japanese culture.)

# By the way, the important thing is that the image of Otaku in Japan is negative anyway. Before information about Japan was spreading in Korea, Koreans vaguely thought that various things about comics and animations would be accepted positively in Japan. However, compared to the Japanese mainstream culture, the otaku culture was clearly a minor culture.

# By the late 1990s, the whole of Japan began to go into the low-growth swamps and the myth of high-growth Japan and lifelong employment were completely destroyed. As a result, Japanese economic officials and elites began to look for some other growth engine.

# What these people found was the otakus who surely spent a certain amount of money (furthermore, considerable money) for consumer goods that common people don’t have an interest in.

# In addition, the widespread use of the Internet since the mid-90s significantly lowered the barriers to entry into the otaku world. If you read a book written by Toshio Okada, you can know a little bit about it. If a person wanted to keep his or her otaku hobby, he or she had to watch the animation broadcast hard and write all of it in the notebook, or he or she had to read all of the following subtitles to compare the names of the staff. These were organized and published in a book form. Thus, efforts to share it with each other were also required. This was a fairly expensive hobby. The video deck was also expensive at that time. One video tape was priced at almost 10,000 yen.

But the widespread use of the Internet has made it easy to access this information and make it a hobby where getting started and quitting is so easy. The background of the great hit of ‘Neon Genesis Evangelion’ was the spread of the Internet, which played a decisive role.

# One of the problems of the last decade has been too high expectations for this otaku industry.

# Otakus are people who have excellent insight through advanced media training.

# Since the work produced by the standards of these highly trained people is of high quality, it naturally becomes more likely to be consumed within the community.

# The author believes this has created a huge gap between those with overwhelming insight & willingness to consume and ordinary light users.

# In this case, it will be difficult to create a great number of general user market, and considering the nature of the planners who are afraid to take risks, the tendency to produce works that follow the existing formula becomes stronger.

# It is also an interesting attempt to analyze the important factors that formed the otaku community in Korea from its generational perspective.

# One of the characteristics of people called the first generation of otaku in Japan was that they were completely free from postwar poverty and economic hardships and that they could enjoy much freedom of leisure in their childhood due to their rich parents.

# When this generation reached its adolescence, Japanese animation had a big turning point. The emergence of such works as space battleship Yamato, Mobile Suit Gundam, and Nausica showed the qualitative growth of the drama and animation. In other words, this was a time when the vessel was made so that it could safely contain the discourse about the great desire of the generation.

# In my personal opinion, Korean otaku culture began to be created in the late 1980s. At this time, young Koreans were called the new generation. The breakup of the Cold War (free from ideological problems) and economic growth (full enjoyment of leisure) put young people in a cultural consumption environment different from the previous generation in many ways.

The change in the media consumption environment caused by the spread of video decks also had a significant effect on it.

# It is important to note, however, that competition at school was still fierce at this time. While students' desires for cultural consumption entered a different phase, the frameworks of the existing generation were still strong. It was Japan's animation and comics that appeared in Korea thanks to import liberalization measures. The fact that the works group enjoyed by the first generation of otaku in Japan mentioned above had a great influence on it. Since the archives were already massive, it was possible to quickly create Korean consumers.