The girl I met on random chat turns out to be my classmate? ‘The Girl on Random Chat’!' 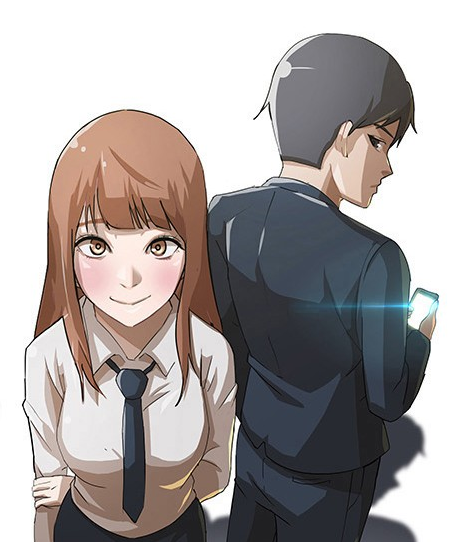 Choi Junwoo, the 1st grade at high school, has no friend. After he became a target for bullies for Lee Taeyang in the same class, other classmates started to avoid him.
When he goes to school, he tends to sleep on a desk and skip his lunch since he has no friend to eat together. What he only thinks is how awful and terrible being in school is. Continued violence turned him into a timid boy with low self-esteem. When things don’t go well, he gets depressed thinking ‘Just my luck’, and when someone is nice to him, he doubts their kindness thinking ‘Why are they being nice to a person like me?’ 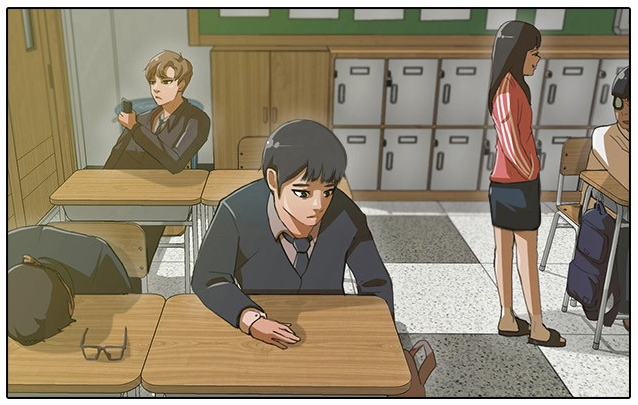 What he only does in his free time is random chat. Most of guys there are perverts dying to meet women, but Junwoo just continues talking with strangers. This cyberplace, where people don’t have to be ‘the real them’ and no one is aware of their patheticness in reality, is the only one exit. 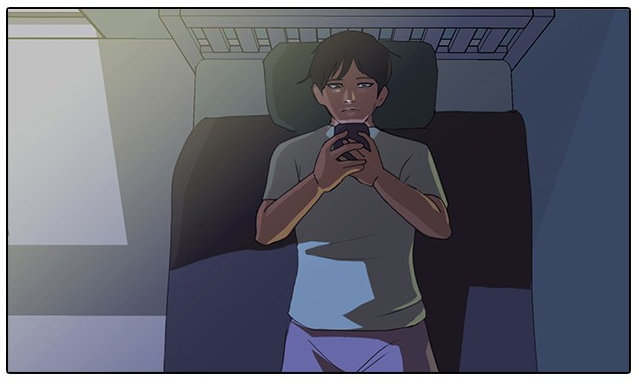 Then one day, Junwoo happens to know that a high school girl he met on random chat turned out to be Yoon Seongah, his classmate. He could see that this girl, who sounded attractive on anonymous chat, was very cute, outgoing and bright unlike Junwoo in reality as well. 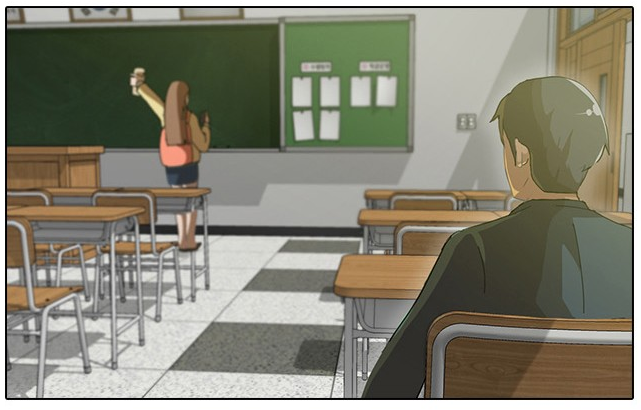 Junwoo eagerly hopes to tell her who he really is and be close to Seongah as not someone she met on a chat but the real him in reality. However, she is not interested in him at all in real life. He knows that. Just thinking that ‘I don’t blame her, there would be no one who wants to make friends with me’, he comforts himself.
Wanting to maintain the relationship at least as LAN cable friends with her, he doesn’t reveal his identity even though he knows that it is cheating her. Instead, Junwoo finds out the ideal type of the class president Im Daehyun who she has a crush on, and on chat, he gives her some tips about how to have a romantic relationship.
However, as Daehyun starts to have interest in Seongah, Junwoo feels kind of bitter for some reason… 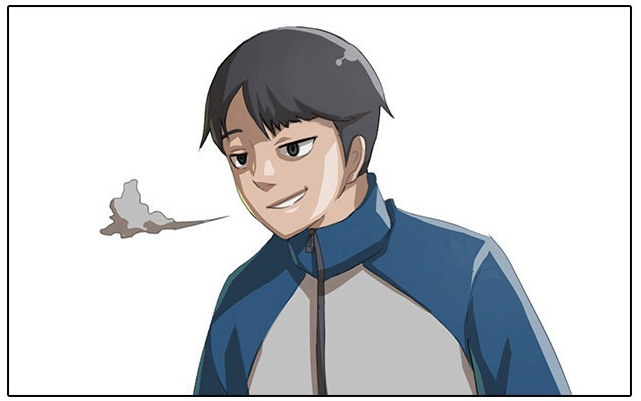 This is the introduction of <The Girl on Random Chat!>. Beginning with a friendship with Seongah, Junwoo who used to talk with people only on chat starts to have a relationship with other classmates, which leads to eventful days. There are other female characters like Park Hamin, a good student as well as a good game player, and Lee Yuri who shares Junwoo’s painful memory with him. Im Daehyun who looks good and somewhat sneaky at the same time and Lee Taeyang who harasses Junwoo to no end because of age-old sentiments are also big parts in this story. 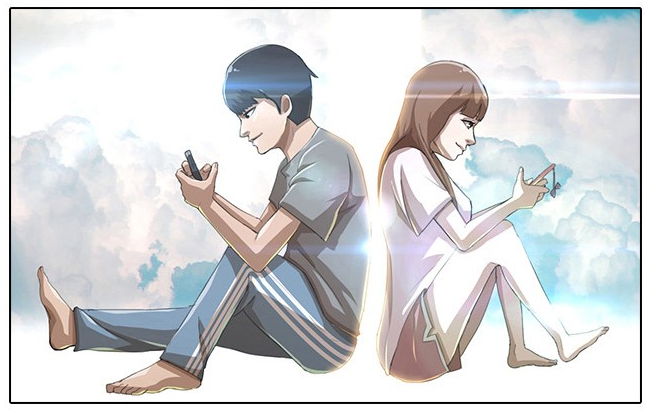 So many stories talk about ‘a clumsy boy in Korea’ and his crush. In addition, <The Girl on Random Chat!> follows the common diagram of Harem—female characters with different charms who encourage and understand a main male character who has nothing but a good heart. Though considered its intention to show the reality of high school students and contain lots of scenes of them swearing and committing violence, it seems a little bit too much. However, don’t be too quick to judge it based on only such a thing. 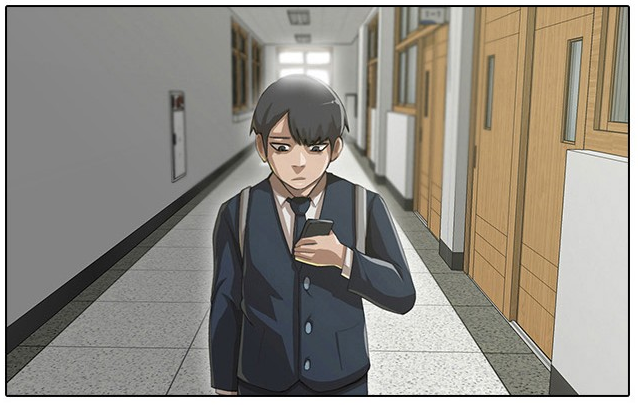 In comparison with preceding webtoons, it has its own big strength, which is that the webtoonist has a minimal sense of ethics. 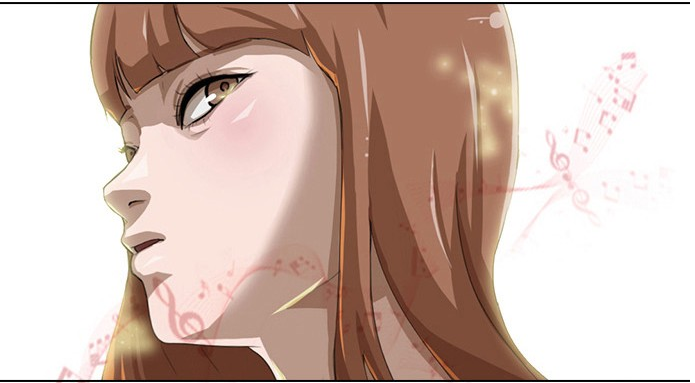 There have been so many stories which are inclined to realistically describe ugly people and devoid of critical view of them, and even bring into question like ‘Isn’t this dorky guy used for the webtoonist to import his or her feelings into the story?’ In addition, we clearly know that the character is doing something wrong, but not a few webtoonists don’t think it is wrong and even defend it. 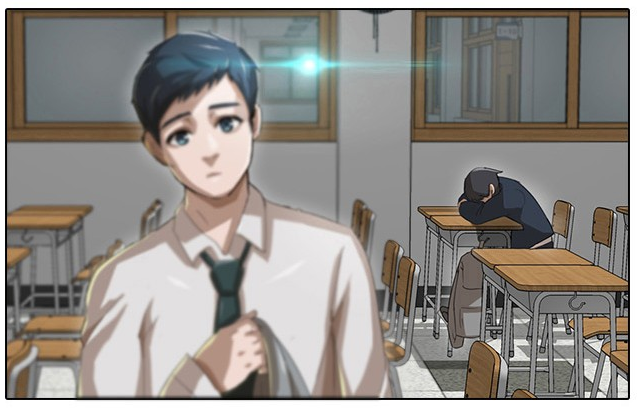 However, this webtoonist at least can tell right from wrong and tries to reflect it on his work. Thanks to his effort, ‘The Girl on Random Chat!’ became a great coming-of-age story. 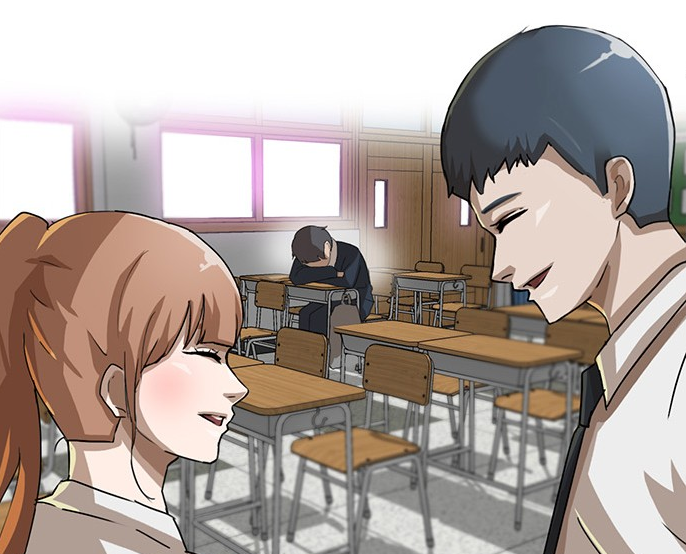 Choi Junwoo is not just absolutely pitiful and nice. Under the pretext ‘‘I was born this way’, he sometimes acts cowardly and reveals his twisted victim mentality caused by his low self-esteem. He regards his favor for Seongah as something he’s done with no strings attached, but once he isn’t paid back emotionally, he is outraged.
However, when Junwoo does something wrong, the webtoonist neither makes an excuse for it nor glorifies it. His faults are sure to be pointed out by people around him, and he immediately regrets what he’s done. As the story continues, Junwoo reflects on himself and gets a change to grow up.
This policy goes for not only Junwoo but also all the other characters in the story. For example, as Lee Taeyang acts as if nothing happened and treats Junwoo as he used to without saying sorry, Junwoo says that the memory about his suffering in the past won’t be able to disappear and refuses to make up with him. Unlike some other webtoons, it doesn’t reach a reasonable compromise between an assailant and a victim and regard the assailant’s fault as no big deal. 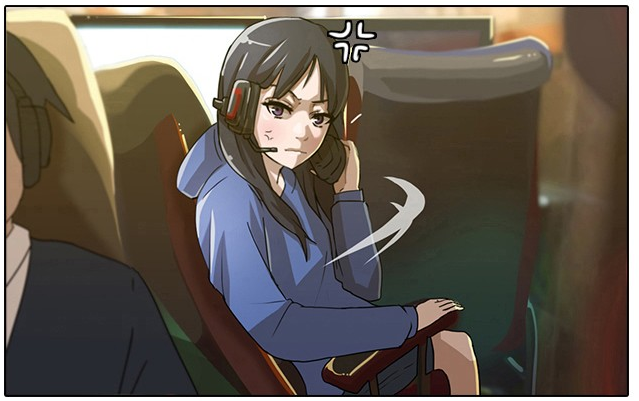 The time zone in <The Girl in Random Chat!> is currently summer vacation after the beginning of the semester. Junwoo seems to be getting better, but still takes a hit as if falling over a jagged stone. No wonder it takes a long and difficult time to break the wall surrounding us and leave the place where we used to be. But I hope that Junwoo makes a break from the past and is happy with his friends no matter how his one-sided love ends up.