Summary : I wondered if people noticed it, the numbers. It wasn’t long before I realized I was the only one who saw them. I found out what the numbers meant when I was fifteen. The numbers that appeared on the neck of every person I met…predicted when and where they would die. I was the only one who knew when someone would expire. But Sehyun was different from the others. He didn’t have a barcode.
Status: Completed
Chapters: 45
Genre: Romance
Author: Ivy Song 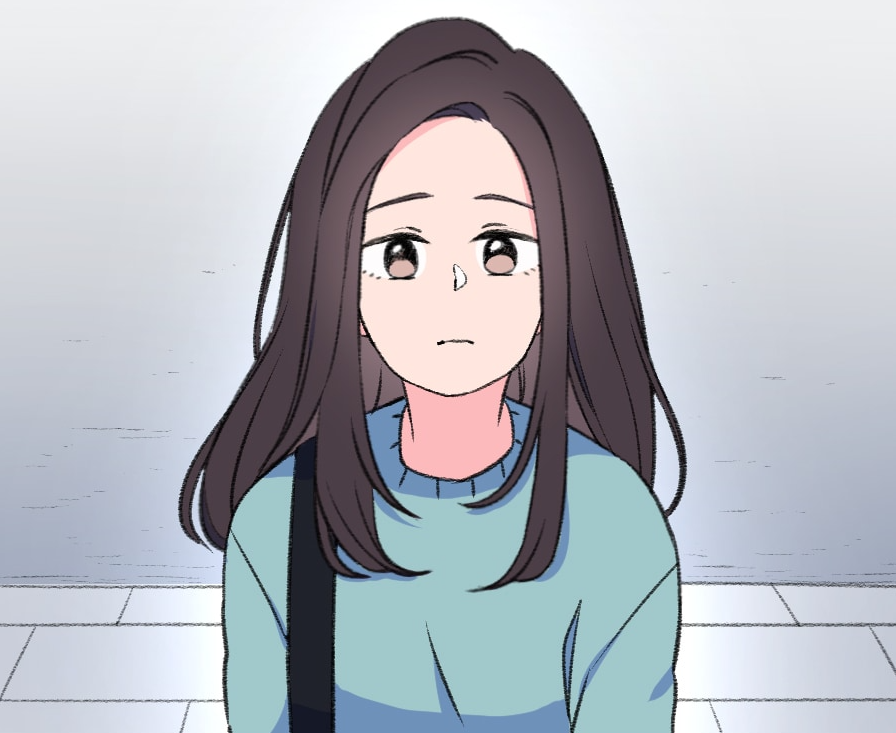 Minhee grew up with a curse – the ability to tell through the barcode she can see on people’s neck when someone would “expire”, or in a darker note, “die.” She grew up figuring out herself what they meant and why people have them. She grew more curious and ended up asking someone else what it is for but then the answer surprised her. It turns out she was the only one who could see the barcodes. Everything was blurry for her and only knew what they meant when her father died. The numbers on her father’s neck turned out to be the month, the day, the year, and the location of her father’s death.
This “curse” she buried and ignored until the day she met Sehyun, her roommate. Her curiosity began to take over her eyes as she stares at Sehyun’s neck. The reason? He doesn’t have a barcode. Same as Minhee.
As they began to spend time and got to know each other, eventually they fell in love and it was smooth sailing from there until…Minhee’s grandmother got sick and is near her “expiration.” Minhee, with worry-driven tears, knew when and where her grandmother’s death will be so she acted upon the idea that maybe if she changed the location, she might save her…and she did. It doesn’t end there of course. Her grandmother knew of Minhee’s ability and how she was saved. How? The moment Minhee saved her, she was given knowledge of Minhee’s ability and things began to unravel. Some questions were answered and confessions were told. Why doesn’t Minhee have a barcode? Her grandmother told her that when she gives birth to her child, then she will know. And she also told her that she wasn’t the first one she saved and the first one she saved has greater knowledge of her situation. Of course that person ended up meeting Minhee and her question were answered. How she can change her fate and how her baby will have a barcode on her neck which will tell when the death of one of them will be. Everything felt unreal and unbelievable.
With no intention to rush things, they went on their lives as a normal couple in love. Time went on and eventually, their child was born with the barcode on her neck. Six months from then, one of them will disappear and as to Minhee’s expectation, it was her. Inching to her disappearance, after kissing her baby and Sehyun who are fast asleep, she uttered “Please find me.” 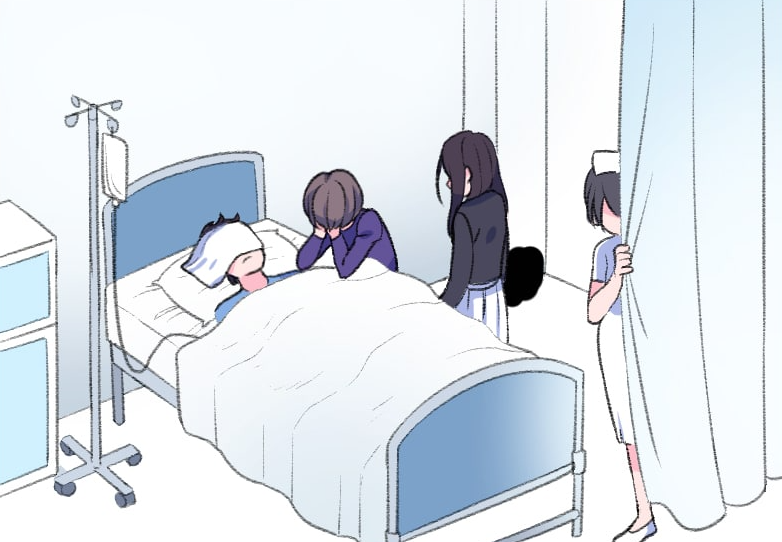 Sehyun woke up without her by his side and it seems to be a setting of another life with his memories intact. “She was gone…but at least I still have her.”, he said as he caressed his daughter’s cheek. Day by day, his heart ached of the absence of Minhee. As he went on with his life, a familiar person caught his attention. It was Minhee. A Minhee who has no memory of him or his daughter. A Minhee who is with another man.
As Sehyun tried to get closer to Minhee, she began to see bits and pieces of her life with him. What she went through with him and how they loved each other. Then after a period of time, with confusion and a sorry heart, she ended her current relationship which ended up with the realization of the past happenings.
She remembered who she really was and who she really loves. It was Sehyun.
“You found me.”
A couple of years later, they got married.
“I grew up seeing numbers my whole life. I thought it was a curse, housing the knowledge of when and where someone would die, all by myself. Little did I know, this curse was a blessing in disguise. This curse taught me to challenge fate. And this curse allowed me to find my best friend. My love. My soulmate. The boy without a barcode tattoo.” 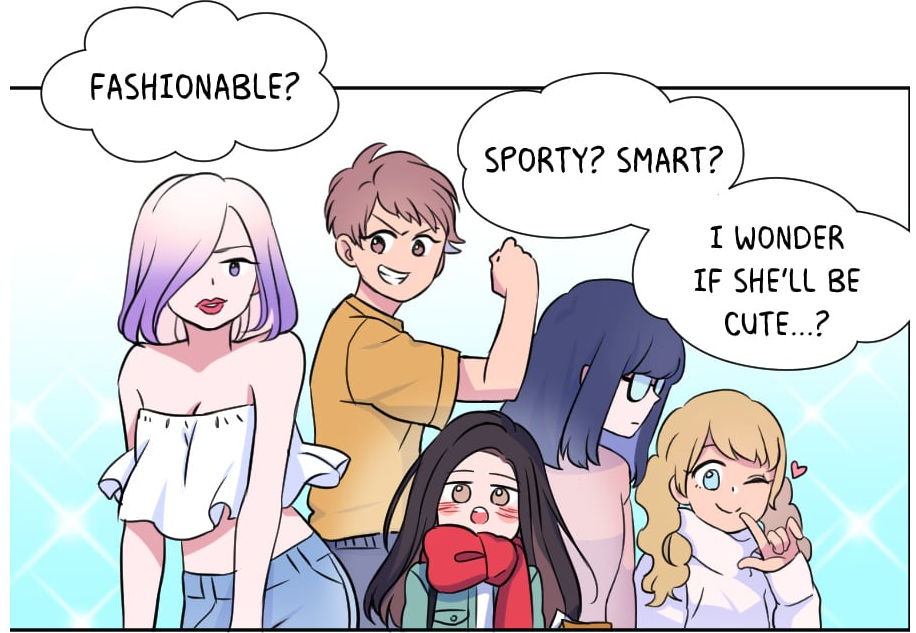 PLEASE FIND ME…YOU FOUND ME. I never thought that those ellipses would bring me great heartache until it did. But that’s what I love about reading comics. It gives me too much emotions and a lump in my throat. I would never know what a comic’s story is about unless I read it. Of course. So I read His Barcode Tattoo with only knowing the summary and I’m glad I did. When I feel too much emotions, I would want to tell someone so I guess writing a review helps too.
His Barcode Tattoo circles around the two main characters, Minhee and Sehyun. I had to read this comic a couple of times to be able to give a good review.
This comic was almost perfectly seasoned. Familiar in taste but still different. The type of comic where it doesn’t need too much drama to be able to gain love from the readers. It only needed a certain number of chapters to be given great comments.
The start of this comic is Minhee’s discovery of her talents and her curiosities about them which for me is a good start for it. One of the most important parts of a comic, a book, or a show, is the beginning. How it would lead people to keep on wanting more and this comic certainly made me feel that. I had to know more. I had to read on. 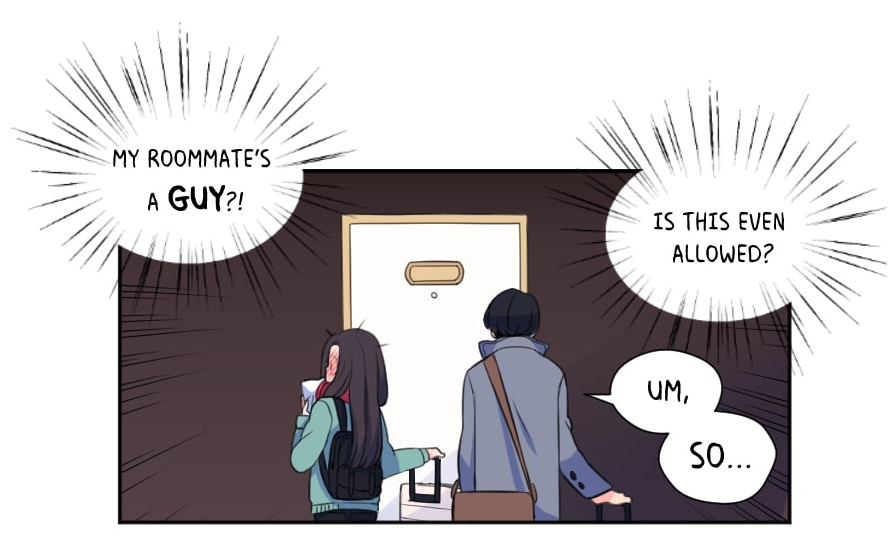 Her journey to figuring out more about her ability brought her pain. Having the ability to know when and where someone would die was a heavy burden for her to bear so she kept it to herself. But then she began to doubt if she could really see the barcodes and the reason for that is her roommate who doesn’t have one. That’s right – Sehyun. The need to know as to why he doesn’t have one brought her closer to him.
It was lovely. Their story. The way they fell in love with each other and the way they wanted to be with each other. Everything was just a normal teenage love - minus the barcodes and Minhee’s disappearance. 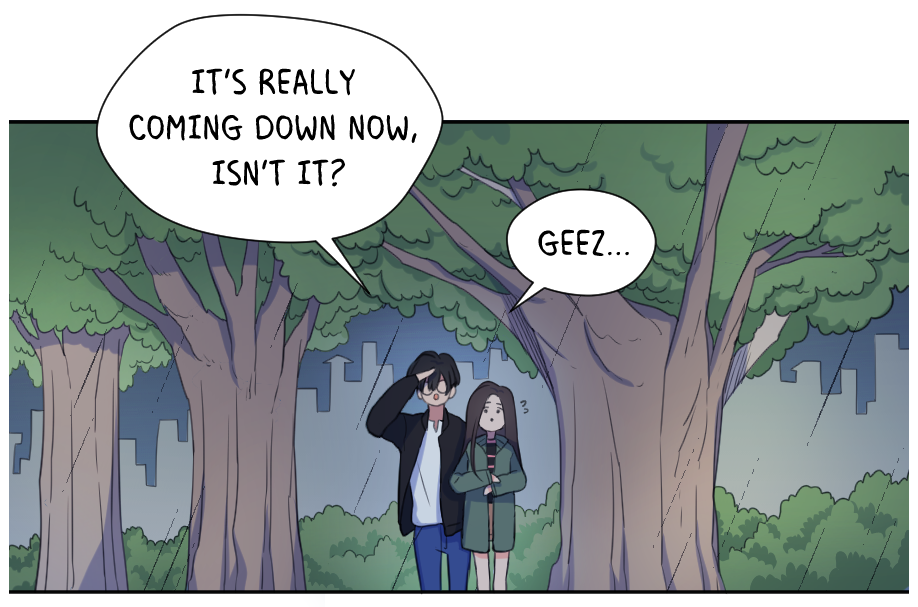 The heartache it brought me as Sehyun was forgotten by the one he loves and how Minhee was seeing only bits and pieces of Sehyun. How he was closer to finding her and she was closer to remembering him. How he remained in love with her and how she remembered how much he loves him. It was perfectly painful. It felt like it was essential to be part of the story. I felt sad for the guy she left though in order to be with Sehyun.
The art of the comic is perfect for the story and the characters. There’s a certain style of art that suits a story and its characters. I noticed a few disproportions of the characters’ bodies but overall it was great.
This comic was near perfection for me. The problem is that the ending was too rushed. As I was on top of feeling too much emotions, the ride back down was surprisingly short. Too short. It felt like someone ended it too early for me to calm myself down. I’m not complaining. I shouldn’t. I was thankful for this comic for making me want to read more.
I look forward to reading more comics written by Ivy Song. She did a great job in creating a well-seasoned comic! I would need a couple of days more to feel the emotions this comic brought me before starting a new one.