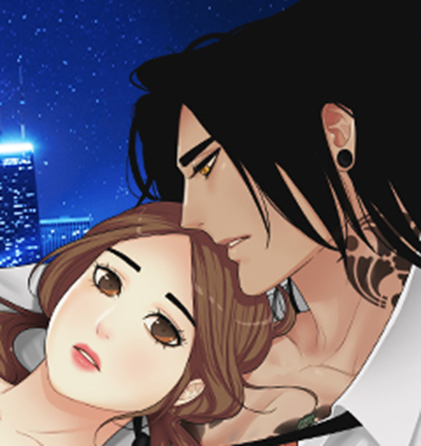 SUMMARY : After making a grisly discovery in the countryside, a small town book editor’s life gets entangled with a young Mafia lord and his intimidating bodyguard…even as every step she takes draws her deeper into the dangerous underworld of the city.
CREATOR : lilydusk
STATUS : Ongoing 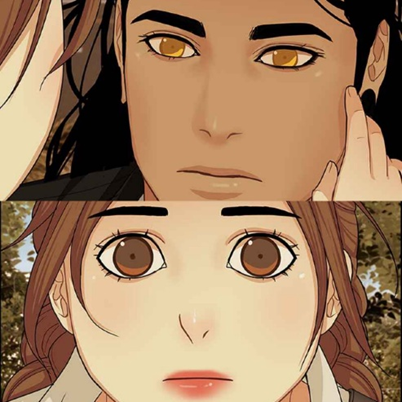 A petite, elegant, benevolent, altruistic woman who seems to be too tender-hearted to even hurt a fly and a tall, robust man with an ice cold stare and a god-like beauty who appears to be someone who has gone through everything life has to throw. These are the types of characters that, so distant and opposite as their description may sound, they make a great couple, or at least here in this webtoon – Midnight Poppy Land. 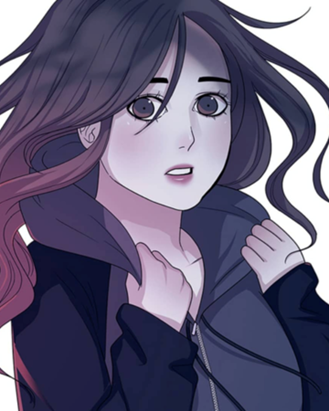 The webtoon is about a bodyguard of a mafia lord and an assistant editor of a publishing company – Tora and Poppy. These two met as if it was fate. I wouldn’t describe their meeting as romantic and magical, though. Let me tell you their story first.

The webtoon started with having Poppy’s heart broken. Cruel, right? But don’t worry. The creator of the webtoon gave her a strong personality. And by that I mean someone who acts tough in front of people and crying when she’s alone like what most people in this world would do. Poppy’s heart break was caused by a cheating man. Yes, someone who actually cheated on her which, honestly, is that man’s loss. The moment Poppy opened the door, she saw him with another girl doing whatever a cheater does. Flustered and angered, Poppy left and took the scooter she bought for him. She cried while riding the scooter and met an accident. Oh my poor Poppy. She ended up being wounded literally and emotionally. Anyway, let’s leave Poppy first and go to our male lead. 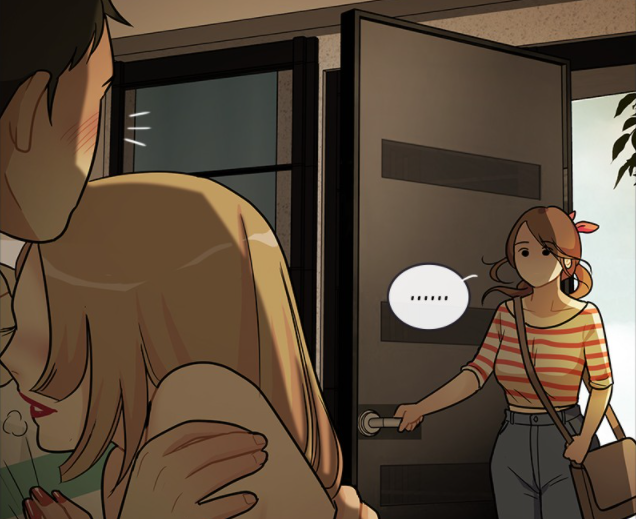 Being a bodyguard of a mafia lord, you would be involved with several people doing shady business and sometimes end up doing their shady business for them. The entrance of Tora in the webtoon shows him having a strong personality that is difficult to shake. He received a message from someone asking for saving and that if he won’t, someone would kill him. Tora initially refused saying he doesn’t care but then eventually gave in. So he went to see him. Let’s go back to Poppy. 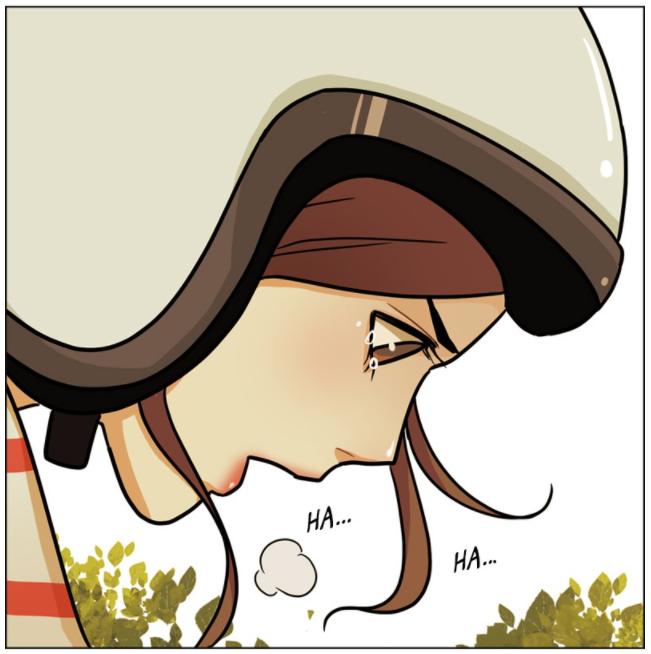 Poppy had been crying for such a long time. She didn’t even notice how badly wounded she was. Her arm is bleeding, her knee is bleeding, and not to mention her shirt has been torn wide open on the chest area. She got up to pick up her things that were scattered all over her surroundings and as she picked them up, she found a shoe covered in blood. And her being there, is how she and our male lead would start their story. 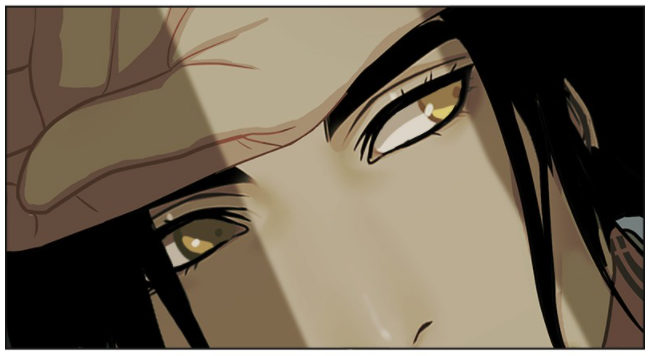 There at the same place and same time. Tora, who saw Poppy leaving the area, started investigating what happened to the person who contacted him. He found a page from Poppy’s research paper and a part of a clue of what he’s after and he suspected that the rest of it is with Poppy so he followed her. Eventually, Tora talked to Poppy telling her that he has a page of her research paper. He folded the paper into an airplane and let it fly towards Poppy. As Poppy reached out to catch the plane, he took a picture of her. The thing is, when Poppy was reaching for the plane, her shirt popped open again and she saw him taking a picture of her. She screamed but he when she looked, he was already gone and she was covered with his jacket. Tora is not that kind of guy. It was coincidental so let’s try to understand him. He was trying to take a photo of her to gather more information. If she’s involved with what happened to the man or not. 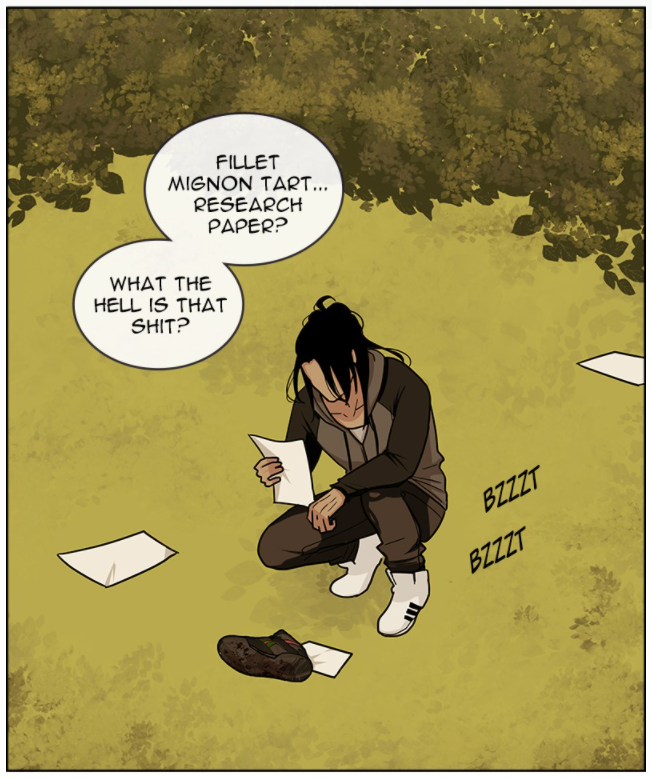 Poppy was shocked with what happened so ended up going to a police station to report the incident, not of the bloody shoe because she thought it was chocolate. She’s there to report about Tora but her report was dismissed due to lack of evidence. They ended up meeting again. Poppy had to rescue a cat stuck on a tree and Tora had to rescue her because she fell from that tree. Actually, they had so many encounters. It’s like fate telling them to open their eyes and see what it’s trying to tell them. But in every encounter they have, Tora, a strong man with a scary personality, seems to gradually change. 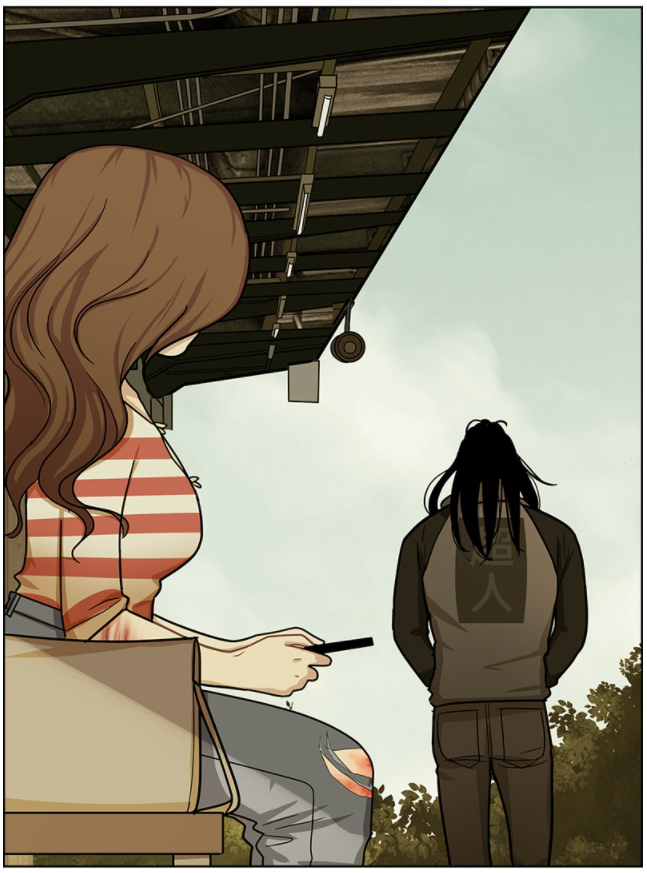 This webtoon warms my heart. And I have to say, the art of this webtoon is beyond amazing. The detail of the face, the hand, the clothes. If there’s a way to explain it more vividly, I would. The characters are well drawn and the transitions of the story between them are very well planned and connected. Poppy acts as a stimulus for Tora. She’s that something that makes a change to him. A man who is almost impossible to have emotions is slowly starting to learn of them. 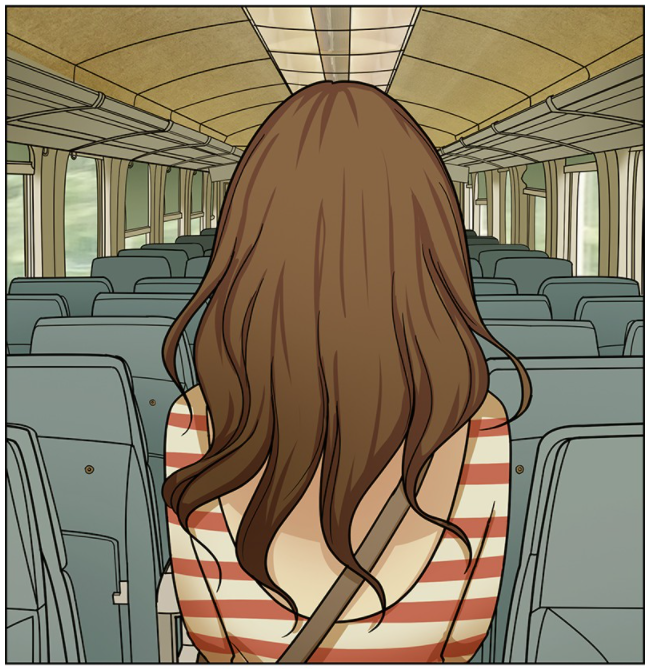 Every chapter this webtoon releases electrifies my body and every chapter is worth the read. The hand holding, the kiss, the overprotective side of his, the eyes, the embrace, Tora’s shut-up-and-hug-me line. There is so much more to look forward to and we still have a case to be solved. I look forward to knowing more of Tora’s soft side and more of Poppy’s bold moves. Yes, it means this webtoon is still ongoing. As much as I want to read everything in one sitting until the very end, I can’t. I have to wait for uploads and each day feels like thirty for me. I am angst and excited of what’s to happen next but for now, let’s rest the bags and circles under our eyes and prepare for the next one. Nothing but praises to the creator for this webtoon!
#webtoon
#Midnight_Poppy_Land
#MidnightPoppyLand