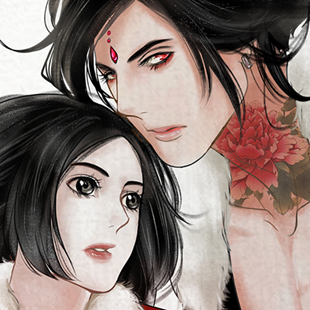 SUMMARY : On her way to an arranged marriage, a haughty princess is ambushed and held captive by bandits until she is rescued by a tired, hungry, and pissed off soldier. All the accidental knight-in-shining-armour wants is to get some sleep after returning from the battlefield – but having a beautiful princess in tow is making it very difficult for him to do so, in more ways than one.
CREATOR : Lilydusk
STATUS : Completed 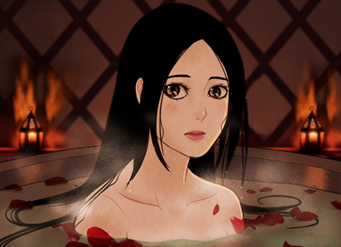 “These gifts will be yours, but in return, I want her.” Does it sound cold? Like someone trying to force someone to be his possession? That’s not exactly it. Believe it or not, it’s out of love. And I’d like to argue on how that is the case. 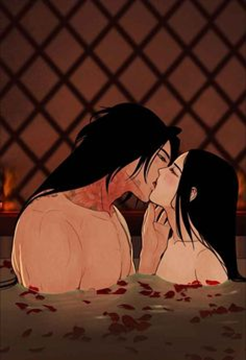 Asura’s Bride is a short story with only eleven chapters but each story is full. Lilydusk, the creator of the webtoon, brought to us a story of romance. The story started describing a powerful, ferocious, brutal man who is named the great warrior king of the north. This man is said to be insatiable in his thirst for battle and blood. His name is Ulaan but more known as Asura – King Asura. 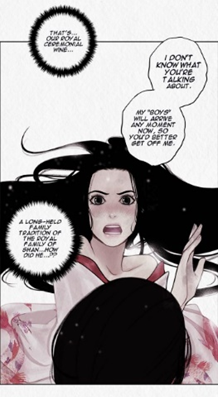 Ulaan, the warrior and king in the story, although being described as a brutal and merciless warrior, fell in love with the princess of a kingdom that is opposed to his. The name of that princess is Yu Wa. Ulaan ended up being entangled in the life of Yu Wa who he stumbled upon while dealing with bandits who are blocking his way. While in search for their leader, all he saw was a woman and he knew at first glance that she was no leader of bandits but a princess of a kingdom. 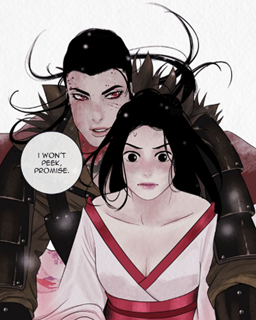 Ulaan, who swore to her that he would bring her back to her kingdom, went on a journey with her. And on that journey, he unknowingly wanted to protect her. A fragile princess in need of protecting was what he first thought but later realized that it developed into something more. And the princess is slowly realizing that she is a traitor to her kingdom. The reason why she came to this conclusion is because of what she feels towards Ulaan. And both of them keep wanting more of it.

If you think that is it for the story, it’s not. Although the number of chapters are surprisingly low, the content of the story had much to bring and has much to show you. From its story down to its art. You have yet to know what the characters are like and what more stories they hold. 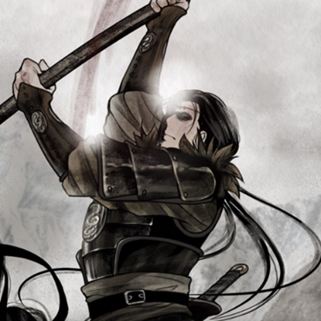 I rarely read webtoons that are historical in setting. I prefer reading ones that are in modern times. But this webtoon really had me on the hook. I’m surprised myself as to how I finished the whole story, aside from it being short. The art of this webtoon is beautiful. The creator took a lot of time to make the art be worth the love that the readers give it. I had to explore every part of the close up faces of both the princess and the warrior king because I was greatly impressed by how incredible the artwork is. The only regret I have is that it was not long enough for me to savor the beauty of both the art and the story. It was rushed. But it is understandable as this is a short story made for a contest. Plus, the creator had to focus on Midnight Poppy Land. 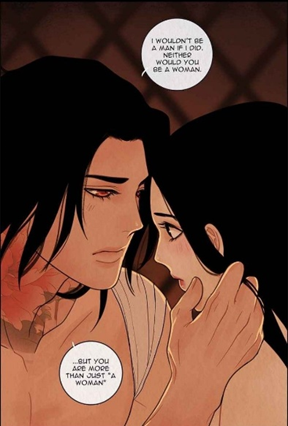 It’s always hard to think of plots for the beginning and ending of a story but this webtoon nailed both of those. Tad rushed due to reasons but it was still amazing. A couple of chapters were not colored, though. And we know in most cases, color finishes art. It gives character to an artwork. I guess the gaps in the story will just have to depend on our imagination. What if, maybe they, did they, will they, all of our sentences made of these will just have to depend on how creative our minds are. We are going to have to be artists in our minds. Painting pictures of what we expect or think have or will happen. Nevertheless, the art is still beautiful. You can tell it was well-drawn and well taken care of like the amount of care and time given to designing a lace.
The creator, Lilydusk, really have outdone herself. She’s, by far, one of the best artists out there. All love for her webtoons and as proven by her many fans and positive reactions for her creations, she has done a great job in both of her stories. We are expecting for more in the future.
#webtoon
#ASURA’S_BRIDE