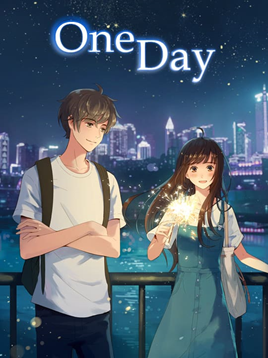 SUMMARY
Although the city is big, although we don’t know each other, we may have walked past each other on the road. Maybe we love to read the same book, love to listen to the same song. Maybe we will fall in love but the expiration date of the love is only One Day. While in that day, we see the real each other, and forever engraved each other in our lives.
AUTHOR : Pan
STATUS : Completed 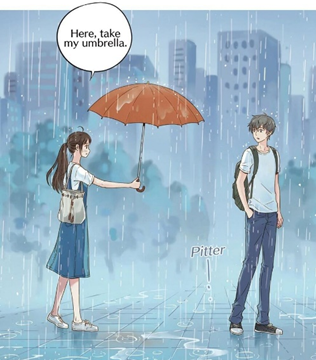 Reading webtoons, I tend to read some of the comments as well. Each comment gives out different opinions of people. They would express the happiness and sadness they felt while reading the comic. Mostly about love. But to me, love is not the only one under the limelight here. Why do I feel like the story is talking about courage too? How an individual can be brave and strong enough as long as they put their mind to it.

One day is a comic that consists of three different stories of the lives of three different people. All of which the lead are women. The comic only has nine chapters but it’s a good read. It’s not heavy at all. Just the right amount. And you can read everything in one sitting. 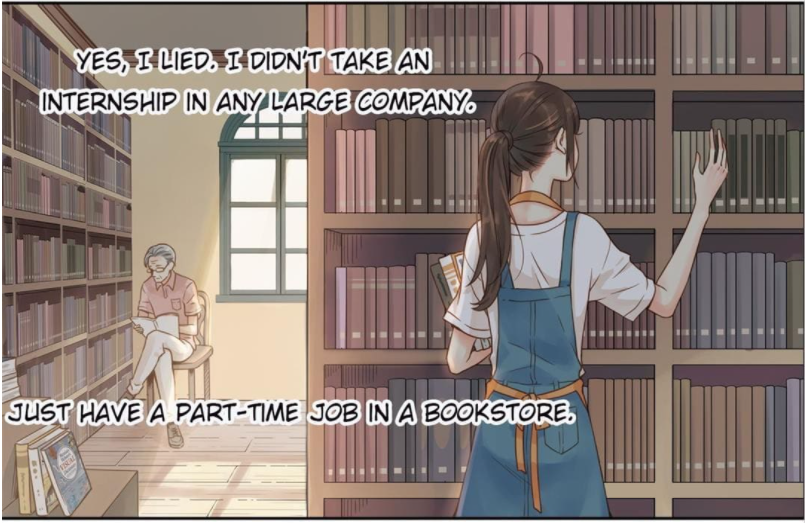 Can you really fall in love and end that love in one day? Will you be able to tell him that you love him? Will you be able to move on from someone who broke up with you? I believe people can fall in love in a matter of minutes. It’s not impossible. But is it possible to end that love in a day? People are able to confess their love but will it be easy to muster up the courage to do so? Most people has experienced break ups but will you let it drag you or will it be the other way around? 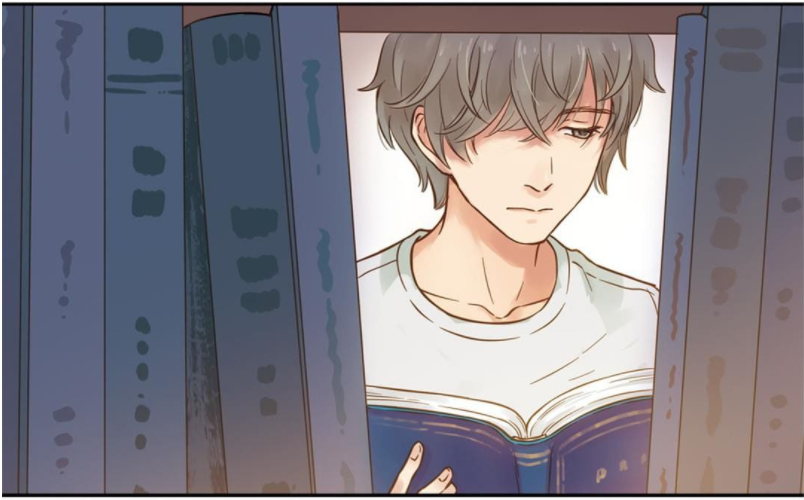 The first story is about a girl who works at a bookstore. She loves to write and dreams of finishing a novel but her parents have different plans for her and she can’t seem to voice out what she wants to do. So she lied and told them that she works in a big company when in fact she works in a bookstore. While she was working, she saw a guy who’s reading a book that she is reading. She hid the book so no one would be able to buy it before she finishes reading it. I’m pretty sure a lot of people had done this. I’m guilty of it as well. The guy was a traveller and was to leave the city in a day. Since he could not tour around the city much, the girl decided to show him around. They grew fond of each other and what they’re doing seems like a date so the guy asked her to be his girlfriend. Since the guy was to leave after the day to go travel, the girl agreed saying that it could be the end of the world anyway since there was news of an asteroid with a one in a million chance that it could hit earth. 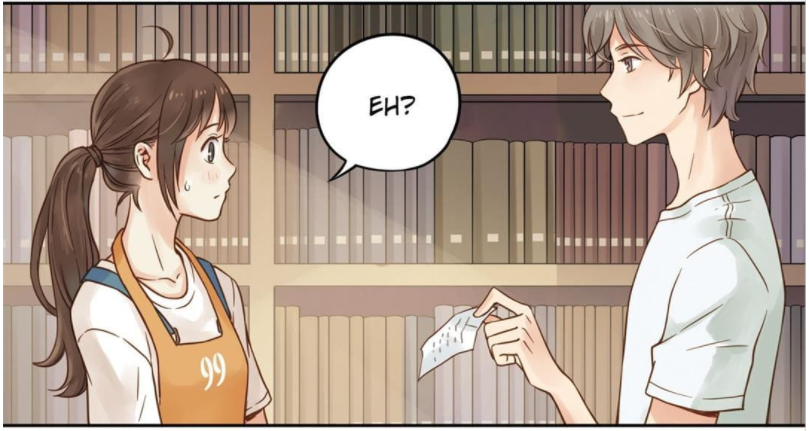 “If the world would end, is there anything you would want to do?” Watching the sunset with lingering eyes the girl answered that she wants to finish her novel and be able to tell her parents that she wanted to be a writer. And she did on that moment. She gathered her courage and did it but she was sure to be dead when she gets home. At the end of the day as they said their goodbyes, the guy said, “I’ll come back when it snows.” The girl agreed even though she knows that a snowy day is rare where she lives. 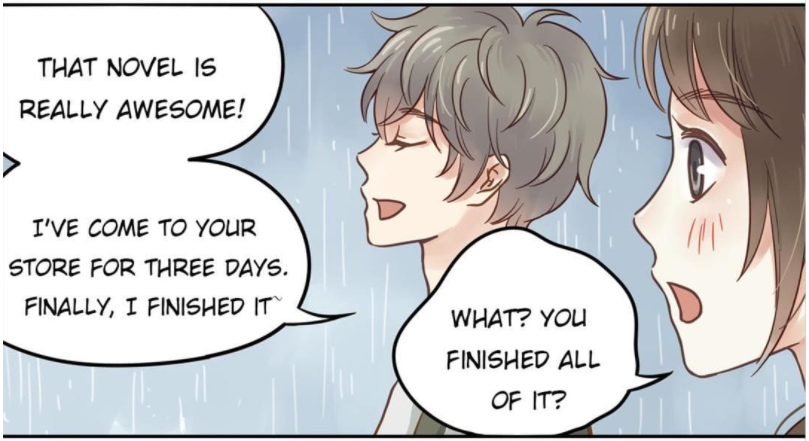 The second story was about a girl who wants to confess her love. She is a basketball player and is in love with the guy who she plays the sport with. She was a boy in the eyes of the guy and she tried to change that. Wearing a dress and coloring her face with makeup, she asked the guy what he thinks and he said he’s not used to seeing her like that. She had wanted to give the guy a letter of her confession. The girl had been avoiding him ever since, saying she must’ve looked stupid. The guy approached her and asked why she wasn’t present during practices. “If I don’t play basketball anymore, would you still be my friend?” But the guy diverted the question saying she’s talking nonsense. Angered, the girl ended up saying she doesn’t want to play basketball anymore and left. She tore the letter and threw it in the trash but the guy was running after her. He picked up the letter from the trash.

The next day, the girl attended the practice. She had given up on the idea of her love being reciprocated. But in the moment the guy asked her, “Are you just going to be my friend?” He explained that he found the letter and that he’s always had feelings for her. 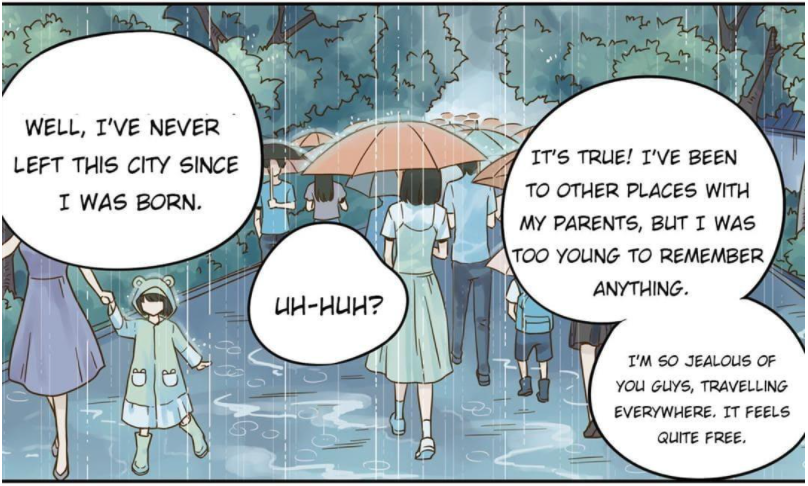 The third story started with a man asking to break up with a woman. With a blank stare she asked, “You don’t love me anymore?” All the man could do was sit there quietly. She moved out of their house, quit her job, and just stayed home trying to cope with heartbreak. But as she looked at her savings that only contained a few hundred, she decided to get a job. One where she’d be able to be happy. One day, she received a phone call from the guy who dumped her. “Can we get back together? I miss you.” But the woman no longer accepted him. He might’ve realized her importance now but his importance faded from her. She was okay now. Living alone. And realized how valuable she is. 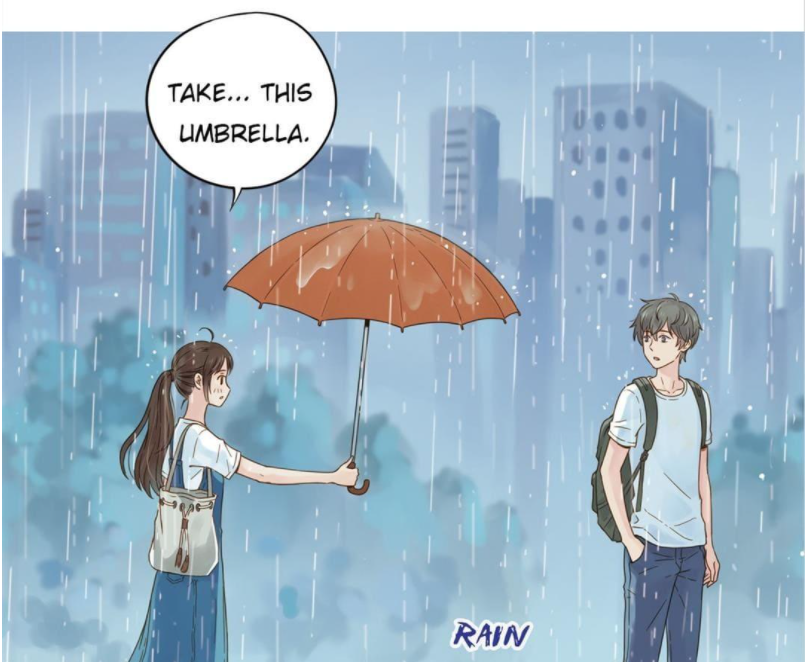 The webtoon ended with snow. The three women coincidentally walking past each other. And the girl from the first story staring at the falling snow and remembering someone who had promised to come back. And he did. 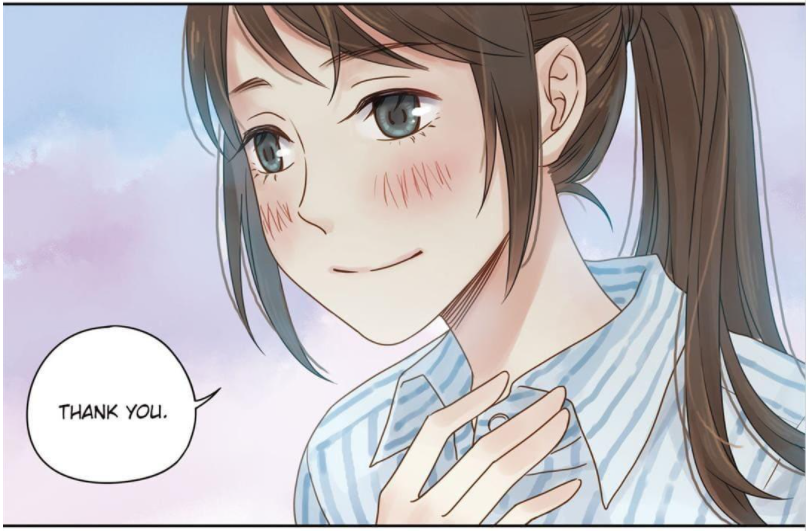 Courage to face on whatever you’re afraid of. Having to tell your mom that you want a different path from what she’s telling you to walk, telling someone that you have a crush on him/her, and having to move on from someone who doesn’t want you anymore. All of these stories talk about courage and in some ways it also talks of a person’s value. But people were too fixated on the story of romance. 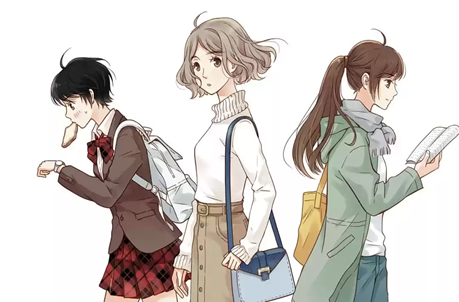 The art of this comic is like the other ones. It has a common style but it’s a common style that is well drawn and done. The characters and as well as the objects and the places. But since I read most webtoons in English which is not the original language used for the comic, I often notice some grammatical errors that are too obvious to miss. The story is great but if I have to point out an error, it’s the English translation. But this comic really warmed my heart and I have Author Pan to thank for that.
#webtoon
#ONE_DAY