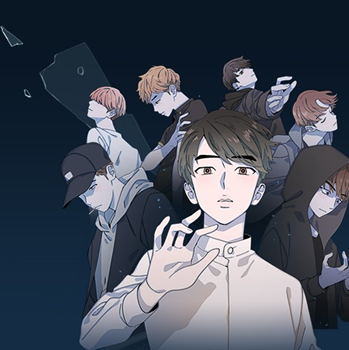 SUMMARY
Seven boys. Best friends. Their fates intertwined through the good times together, but also the tough times, as they have gone their separate ways and suffered greatly as a result. When all is almost lost for these boys, one is given a special chance to go back in time and help his friends fix the mistakes that led them down this path. He’ll do anything to save them, but can he? Or is he too late?
STATUS : Completed
AUTHOR : Big Hit Ent. / LICO 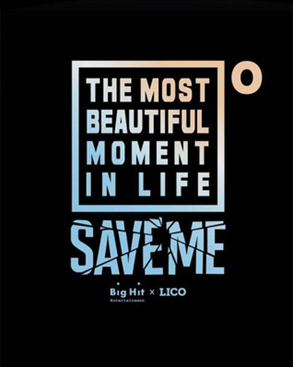 A day to be repeated until everything is fixed or rather…when everyone is saved. BTS, short for Bangtan Sonyeondan, is a Korean idol group that is currently dominating the world with their music and visuals. Why am I telling you this? Because this webtoon exists because of the said idol group. Their music videos tell a storyline that started the BTS UNIVERSE that intrigued those who watched them, especially ARMYs (fan base). The storyline started from their hit music video “I Need U”, and then on, the story kept building and gradually gets confusing. It’s too complex to be understood from the get go. You really have to spend time to understand them clearly. But this webtoon served as a guide for those who got confused of the story and answered many questions. But I have to say, even without having watched the videos of BTS or even being unaware of the group, this webtoon would still be incredible. 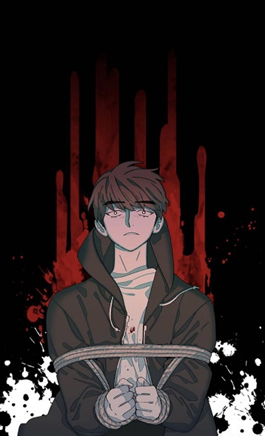 Save Me is a webtoon with fifteen chapters created by Big Hit Entertainment, the company where BTS is signed under, and LICO. The story is about seven boys whose lives are crumbling down to ruins. The beginning of the story showed how their lives are. Committing a crime out of anger, being in jail, jumping off from the top of a building, falling off the stairs, dying in the fire he started, being alone. One of them was given a chance to change those and to save them. In order to do that, he has to go back in time.
Of course the characters of this webtoon would be the members of the boy group: Seok Jin, Yoon Gi, Ho Seok, Nam Joon, Ji Min, Tae Hyung, and Jung Kook. Now, the webtoon started with how Jin was on a flight back to Korea from Los Angeles. He reminisced how he and his friends used to spend most of their time together. But having been away for a period of time caused misconnections and lack of knowledge on their statuses. But being back in Korea, his friends’ situations will be made known to him in a cruel way. 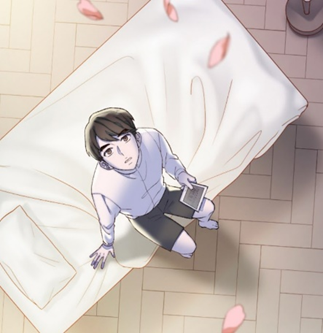 His friends’ pain was confusion for him. “Back then, just being with each other was enough to make us happy.” As soon as he uttered these words, he was approached by a mysterious cat offering him a chance to change the fate of his friends. To go back in time and save everyone. And he accepted saying he would do anything to change it. So his today is repeated several times. Trying to change the outcomes and trying to figure out ways on how to get to them on time. And each time he fails, he’s left with pain and has to wait for “today” again. 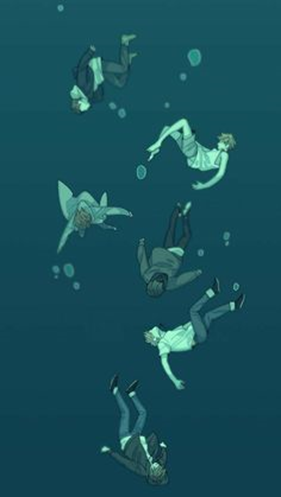 While reading the story, I couldn’t even imagine the pain that Jin went through. Having to see his friends in so much pain that they end up doing terrible things. I do want you to read this webtoon but I have to advise you to watch the music videos of the group first. To fully understand what’s what and why’s that. There are so many unexpected occurences in the story that’ll make you say “oh that’s why, that’s what happened. Oh my god.” 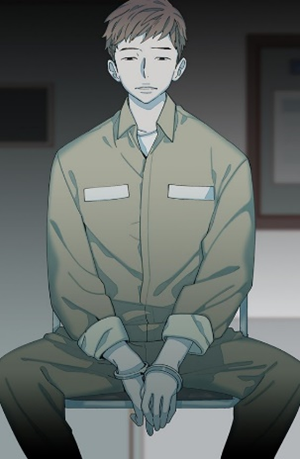 This webtoon was a surprise. Really. The fans didn’t imagine that Big Hit would create something like this, which they are thankful for, including me. What I love is that the characters were given specific facial features and marks that would make them identifiable. The story is a work of art. Although, it is a bit dark, the story. What I don’t like is that it ended in a way that left us hanging. I actually waited weeks and months for another episode to be uploaded but nothing. I am still waiting though and I’m pretty sure Big Hit will pull such a stunt again.
This broke the hearts of a lot of ARMYs though. The pain they have to suffer to see their idols in pain in the webtoon was unbearable but at the same time, many were impressed with how the story was made and how it progressed. Will the WWH, World Wide Handsome, Jin be able to save his friends? Will the cliffhanger remain just that? A cliffhanger? 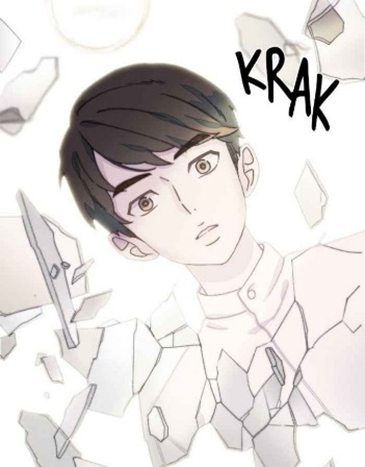 All praises to Big Hit Entertainment and LICO for creating this webtoon. It was such a good read. And thank you for guiding my confused mind. I am hoping and still waiting for uploads of this webtoon. I know it says completed but I’ll be waiting for it to change to ongoing!
#webtoon
#SAVEME
#SAVE_ME

SAVE ME
Direct to Work info.