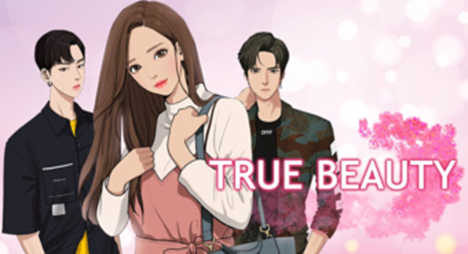 SUMMARY :
After binge-watching beauty videos online, a shy comic book fan masters the art of makeup and sees her social standing skyrocket as she becomes her school's prettiest pretty girl overnight. But will her elite status be short-lived? How long can she keep her real self a secret? And what about the cute boy who knows her secret?
STATUS : Ongoing
AUTHOR : Yaongyi 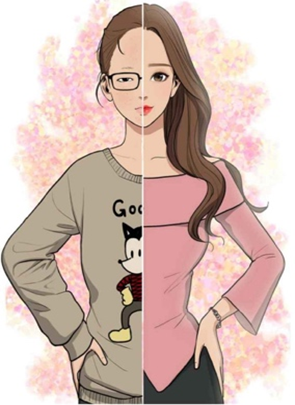 Basically, when you think about romantic comedy themed story, it captures a lot of readers because of the great progression of the story. True beauty is a not so typical story where I definitely think a lot of girls can really relate to. Dealing with such pressure to fit in society full of nay sayers, body shamers and bullies, it really affects one’s perception on how they should act and be. Little do people know that there is actually not one but a lot of people who stand against these negative influences and continue to spread body positivity and share great awareness about oneself feeling good. This story is about acceptance which really should send a huge message to people who are struggling. 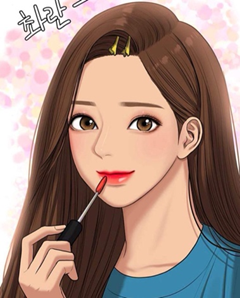 It started with Lim Ju Gyeong, a girl who started as a nobody then instantly became a somebody with her discovered skills in makeup. The character was well portrayed as you see that there is a change when she has and when she doesn't apply makeup. The artwork was amazingly vibrant as it matches her personality and the setting of her character is very relatable. 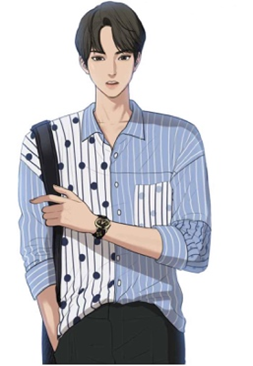 Lee Su Ho, a typical lead with a silent and mysterious personality who likes reading and also a great achiever at school who met a girl and fell in love and didn’t care about what she looks like with or without makeup. He is one of the types that you never expect to be as a character that is okay with what a girl looks like since most probably it usually starts with not liking her or not to be accepting but I was surprised that the writer chose it to be that way which is quite a new thing in my perspective. I also like him being reserved as a character embraced with difficulty in the past which was a great piece in his personality. 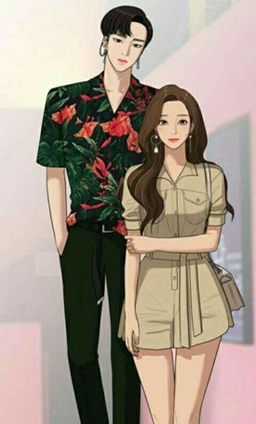 Han Seo Jun, a former and then again idol trainee who also fell in love with the girl that developed a relationship and has yet to overcome his jealousy over Suho. His character resembles an individual who carry the responsibility of being somewhat hard to read but has a big heart when it comes to the people he loves. An amazing build of character from being on the side, I never really saw him becoming one of the most important character in the story. His ups and downs, the image he has and his personality is one of the best ones in this story.

Although I think the progression of the story is great but there were times where I actually feel like a certain episode or a certain scene is being rushed or I feel like it should be longer than it has to be. But over all it is a really good story. It has a combination of drama, romance, comedy that is not overly done but is just right. The characters’ sense of fashion was undeniably on the top side and was really timely with the preset and each distinct sense of style and taste. Characters are drawn beautifully and with personality, artwork has been really appropriate for each setting, and the details to jewelry, makeup pointers, and views are quite awesome. 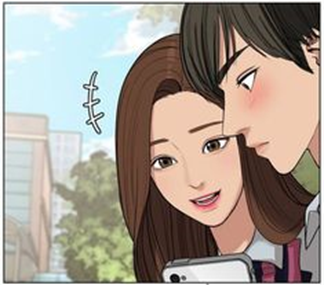 Different colors of characters and status are explored in the story, a very clever and entertaining comic to read and definitely a fresh story that is basically relatable to a lot of girls in the present. And also, I really appreciate the makeup tutorials every time, it was elaborated step by step which was enjoyable to readers. Fun parts like facial expressions are really a plus as it adds more color to the story’s romantic gestures and moments at its finest and it did not disappoint. 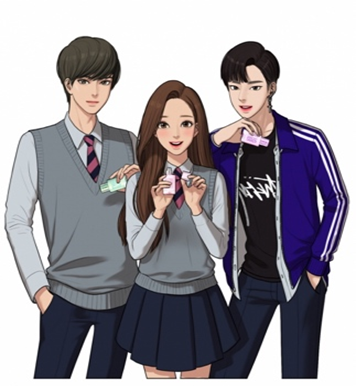 The author, Yaongyi, is a great author and really knows how to catch a reader’s attention. The story has been a ride of a roller coaster and I can’t wait to read the future episodes that is yet to be released. I am also curious as how the story will turn as there is a present conflict and unsaid history between characters. It will definitely make you want to read nonstop and become obsessed with the plots and twists.
#webtoon
#True_Beauty
#TrueBeauty